Warning
Could The Series Of Recent Cataclysmic Events Be A Wake Up Call For America & The World... 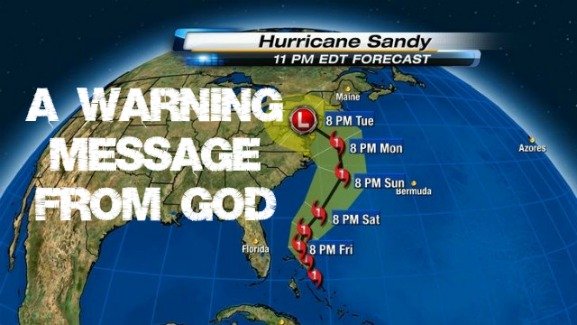 The Warning From God Page Was Written By Max O'Neill

Is There A Message In The Mess? 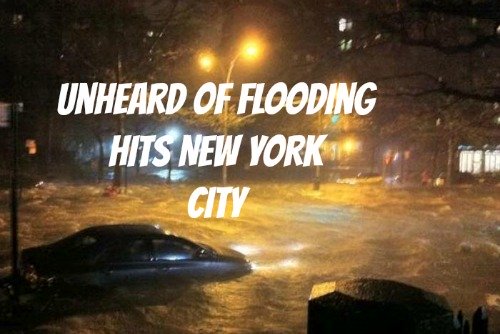 Why?
Is It Just A Run Of Bad Breaks
Or Is There Something More!

In these last few years the United States has jerked to the left. They've left commonly held Godly principles far behind. Do you think God is real happy with that? He is patient, but he knows that, that self centered road leads to destruction. In Love... He tries to help us to see our mis-steps and allows problems to arise... as little warnings, to show that we aren't moving in the right direction.

A Drought In The Midwest 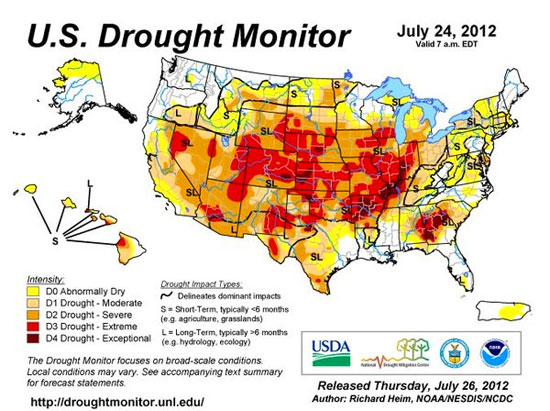 A Major Earthquake
In Washington DC 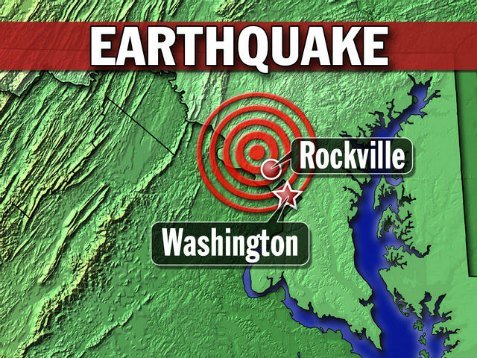 And Now What They Are Calling The Weirdest Hurricane In U.S. History 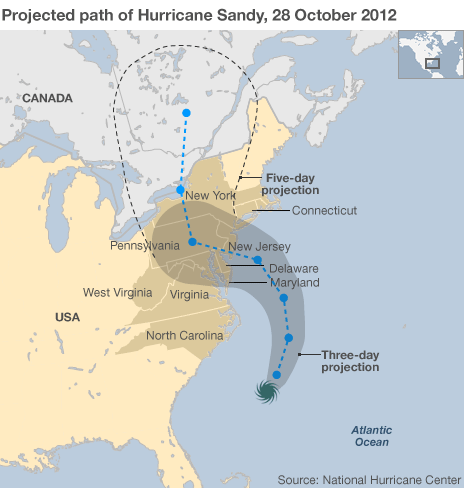 We Think The Simple Message is...

That if the country chooses to unwisely turn away from God... trouble will follow. We see it as a clear sign. When bad weather is coming even my dog is smart enough to understand the risks and seek cover. The deer lay low, everything and everybody does all they can to get out of the way of the danger. It's just a God given common sense.

Folks Need To See The Signs
And Turn Back To God 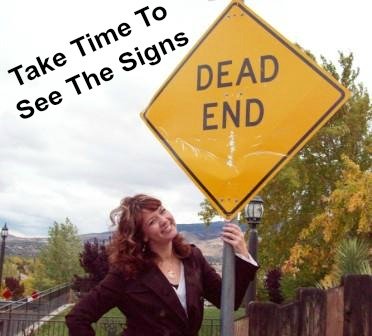 We Pray America & The World Will Have The Good Sense To Wake Up & Heed The Warning Signs. God's Blessing Depends Upon It! 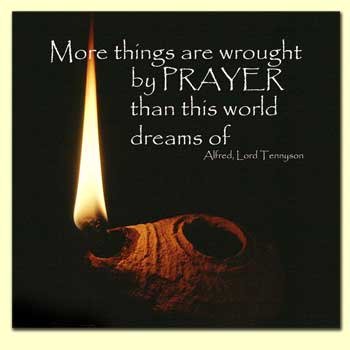 This is such a time for America.

This Is Such A Time For Us All!

May God Help Us To Choose The Lord! 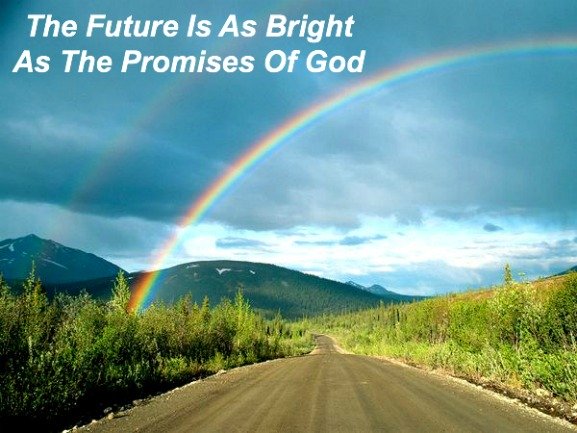 A Great Future Awaits Us 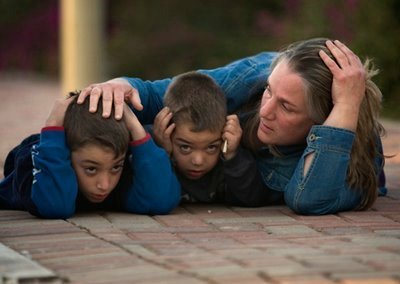 There are hopeful signs that some folks are getting the drift. After the nightmarish massacre at Sandy Hook Elementary School which took 27 innocent lives (weirdly with the same name as the Hurricane) many did start turning to the Lord. President Obama came out and quoted from the bible to comfort peoples hearts and he's even taken some real stands of faith in subsequent speeches during his trip to Israel. We do not presume to know how this all plays out. We just did feel strongly people needed to turn to God... and if they did not... trouble would follow. It Is The Constant Call To Every Generation And Every Soul. 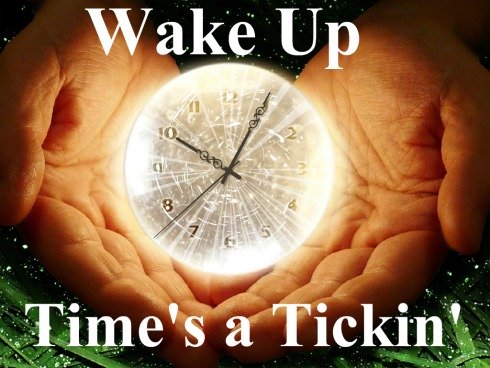 The mercies of the Lord are new every morning and there is never a day that goes by that we cannot change our lives... or our nation. We pray for our elected leaders and we pray that God will continue to bless ... prosper and protect the USA! It Is... Has Been... and We Pray... Will Continue to be... the Greatest Force For Good and Godliness In This World!

s this another wake up shot across the bow of the world? Maybe so. It Always Pays To Check Their Hearts! Are We Moving In The Right Direction? Is There Anything We're Missing? 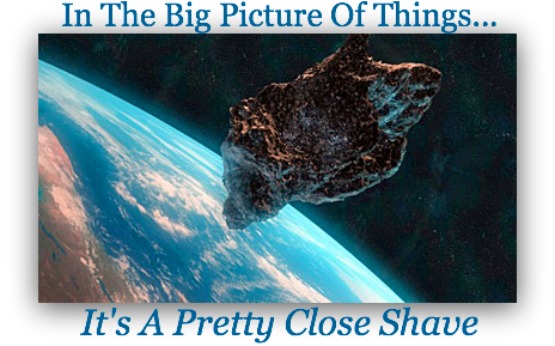 Copied With Permission From "The Economic Times, Feb 3rd, 2013 Edition"

WASHINGTON: In a close shave, an asteroid about half the size of a football field will miss Earth by 27,680 kilometres on February 15, the closest asteroid in recorded history to buzz past our planet, NASAscientists say.

"This is a record-setting close approach," said Don Yeomans of Nasa's Near Earth Object Program at Jet Propulsion Laboratory.

"Since regular sky surveys began in the 1990s, we've never seen an object this big get so close to Earth," Yeomans said.

The asteroid dubbed 2012 DA14 is a fairly typical near-Earth asteroid. It measures some 50 metres wide, neither very large nor very small, and is probably made of stone, as opposed to metal or ice.

Yeomans estimated that an asteroid like 2012 DA14 flies past Earth, on average, every 40 years, yet actually strikes our planet only every 1200 years or so.

The impact of a 50-metre asteroid is not cataclysmic unless you happen to be underneath it, Yeomans said.

He pointed out that a similar-sized object formed the mile wide Meteor Crater in Arizona when it struck about 50,000 years ago.

"That asteroid was made of iron which made it an especially potent impactor," he said in a statement.

Also, in 1908, something about the size of 2012 DA14 exploded in the atmosphere above Siberia, levelling hundreds of square miles of forest.

"2012 DA14 will definitely not hit Earth. The orbit of the asteroid is known well enough to rule out an impact," said Yeomans.

NASA radars will be monitoring the space rock as it approaches Earth closer than many man-made satellites.

Yeomans said the asteroid will thread the gap between low-Earth orbit, where the International Space Station (ISS) and many Earth observation satellites are located, and the higher belt of geosynchronous satellites, which provide weather data and telecommunications.

"The odds of an impact with a satellite are extremely remote," he said.

"The asteroid will be racing across the sky, moving almost a full degree (or twice the width of a full Moon) every minute. That's going to be hard to track," Yeomans said.

Ultimately These Problems & Events Are For A Reason & Purpose...
To Help Folks To Wake Up!

The Big Question Being...
What Will It Take To Get...
The World's Attention

Since We Wrote The Above Russia Was Hit By An 11 Ton Asteroid/ Meteor. Russian Clerics Are Declaring It The Hand Of God To Help The World Wake Up & Get On Track! We Agree! Many had blown off the warning of the near miss asteroid and just hours before it's passing "BOOOM" we actually did have an incident. Not unheard of, but we feel it's timing an Eerie Warning to help emphasize the point! 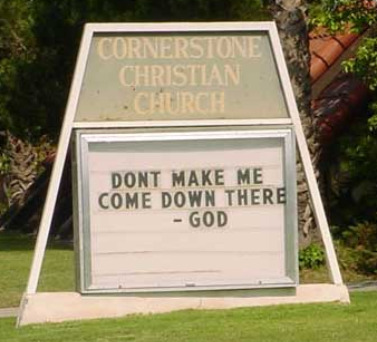 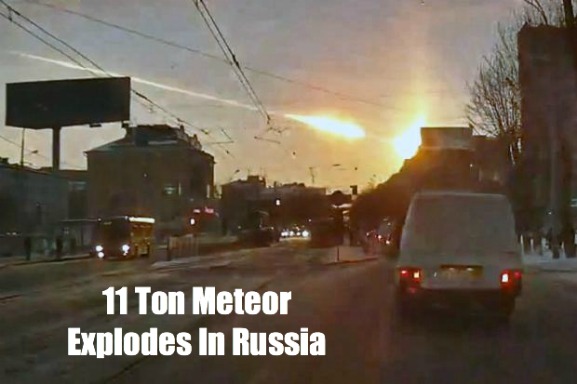 YEKATERINBURG, February 15 (RIA Novosti) – A meteorite which injured hundreds of people in Russia's Chelyabinsk Region on Friday was "the Lord’s message to humanity," a senior local clergyman said.

“From the Scriptures, we know that the Lord often sends people signs and warnings via natural forces,” Metropolitan of Chelyabinsk and Zlatoust Feofan said in a statement released on Friday.

"I think that not only for the Ural [regions] residents, but for the whole of humanity, the meteorite is a reminder that we live in fragile and unpredictable world,” the clergyman said.

He called on people to support each other and pray to God in thanks for saving the world from a devastating disaster.

Hundreds of people have sought medical aid after the meteorite hit Russia early on Friday. Thousands of buildings were affected by shock waves from the meteorite as it passed through the atmosphere at supersonic speed.

Many local residents will have to patch up their broken windows, with temperatures likely to drop as low as 17 degrees Celsius (1.4 Fahrenheit) in the region overnight.

Again... The Big Question Being...
What Will It Take To Get...
The World's Attention