Ben Breedlove Knew What We All Should Know...
Life Is Short & Heaven Is Real

The Ben Breedlove Page was Penned & Compiled By Peter O'Neill 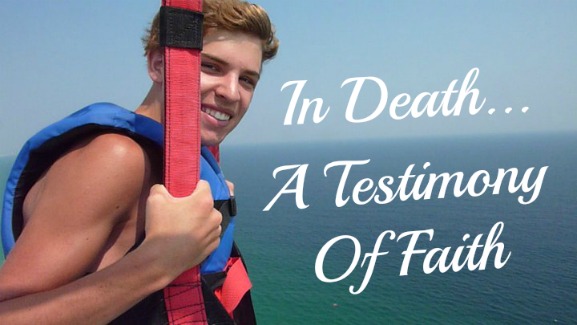 Above is the moving video Ben Breedlove made just before he died. He had a lifelong heart condition that left him many times on the edge of death. On several occasions in fact he clinically died, but was revived and came back to tell the amazing story of what he saw. He gives such a sure clear picture of faith and hope that we thought it would be worth your time to see this. 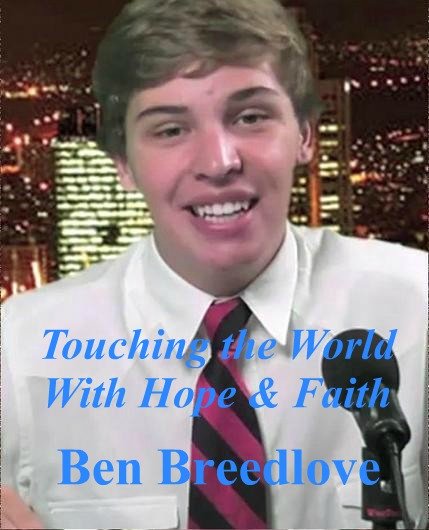 As he got older the condition worsened, but it was then at that most difficult of times he had a glimpse of Heaven and what awaits. Thereafter he was able to speak faith and hope... and victory!

He Wasn't Afraid To Die

A Real Hope Of Heaven

His Mom Said That Before He Died He Was Just So Thankful He Could Make a Difference! He Treasured Watching the response to his video online... and then shortly thereafter, (having accomplished his task here on earth)... on Christmas evening of 2011, quietly & peacefully passed away. 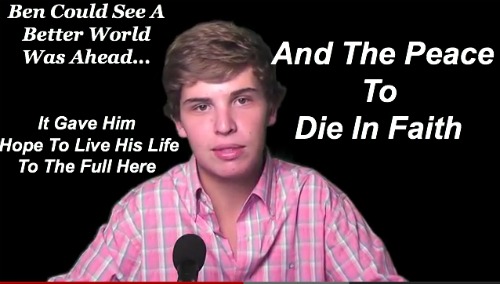 He Imparted To The World
A Gift Of Hope, Faith & Peace

Because of Ben's Video… Millions Were Moved To Appreciate And Live Life As Never Before! Causing Many… To Stand Up and Let Their Voices Be Heard! Like The Person Who Made The Beautiful Video Below As A Memorial To Ben's Life!

You know Ben was just a regular kid. With the same dreams and hopes... weaknesses and frailties that we all have. The one special gift though that he had was... the appreciation that our time here is short and that what awaits us... is far more real than our present existence. With such a vision, he made his time here count. Shouldn't we all.

For The Clock Of Life...
Is Only Wound But Once
Of Dreams and Battles...
Trials and Strife
And Then... We Bid Adieu To Time
And Move On...
To A Better Life 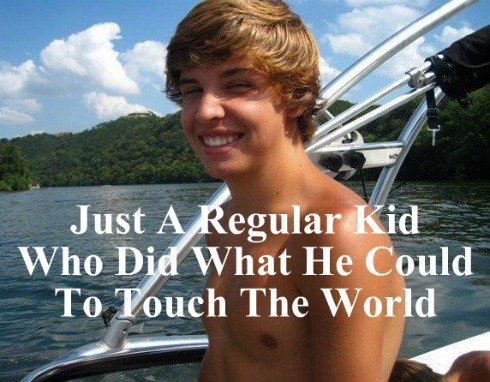 Lord Help Us To Use

To Make Make That Time Count!

Hello, I’m Ben Breedlove. All my life, I’ve had a heart condition. (HCM) Short for Hypertrophic cardio-myopathy. It is a very serious and dangerous condition. As I grew older I learned more that it is dangerous. It has scared me a lot, and I hate that feeling. I was never allowed to play all the sports that my friends did. It kinda sucks that I missed out on that part of my life. I really just hoped that I could be the same as everyone else. But that is one thing that I learned to live with and accept. The first time I cheated death was when I was 4. I had a life threatening siezure scary right? My blood sugar dropped to 14. I don’t remember too much from that day. Except one thing that I will never forget. I was being wheeled down this hall on a strecher. The two nurses that were pushing it, and my mom running along side. There was this bright light above me… I couldn’t make out what it was because it was SO bright. I told my mom, “Look at the bright light!” and pointed up. She said she didn’t see anything. There were no lights on in this hall. I couldn’t take my eyes off it. And I couldn’t help but smile. I had no worries at all, like nothing else in the world mattered. And kept smiling… I can’t even describe the peace, how peaceful it was. I will NEVER forget that feeling or that day. After that, things were good for a few years.. Until around 2007 when my heart gave me trouble again. Doctors decided we needed to do something about it. May 3, 2009 I had surgery to implant a pacemaker/defibrillator

[Ben Breedlove] Source: LYBIO.net
That was a big deal for me, but I had no choice. At that moment is when my heart problem gave me a bigger burden. I was pretty sad Summer of 2011. Second time I cheated death. Went into surgery for my tonsils. An everyday normal surgery for doctors to perform. My mom and sis were waiting in the waiting room. And a chaplain walked in and said, “we need to pray.” “Your son just went into cardiac arrest, and they are trying to shock him back.” It was a miracle that they brought me back. I was scared to die, but am SO glad I didn’t. After this I tried so hard to just forget about it and not worry.

[Ben Breedlove] Source: LYBIO.net
About 2 weeks ago, December 6, 2011. Was the third time I cheated DEATH. I was at school walking in the hall. I could tell I was going to faint, so I sat on a bench. I passed out. The next thing I know, I woke up with EMS around me. I couldn’t talk or move. I could only watch what they were doing. They put the shock pads on my chest. I heard one of them say, “They are ready.” And the other said “Go!” I passed out again. My heart stopped and I wasn’t breathing for 3 MINUTES. When peoples bodies “Die” the brain still works for a short time. I heard them say, “He’s not breathing, his heart is stopped & he has no pulse.” I really thought to myself, this is it. I’m dying. The next thing that happened, I’m not sure if it was a dream, or vision. But while I was still unconscious, I was in this white room. No walls. It just went on and on… There was no sound. But that same peaceful feeling I had when I was 4. I was wearing a really nice suit, and so was my fav rapper, Kid Cudi. Why he was the only one there with me, I’m still trying to figure out. But I was looking at myself in this mirror that was in front on me. The first thing I thought was Damn, we look Good! I had that same feeling. I couldn’t stop smiling. I then looked at myself in the mirror. I was proud of MYSELF, of my entire life, everything I have done. It was the BEST Feeling. Kid Cudi brought me to a glass desk and put his hand on my shoulder. Right then, my favorite song of his came on, Mr. Rager. The part where it said, “When will the fantasy END… When will the Heaven BEGIN?” And he said, “Go now.” Right then, I woke up and the EMS were doing CPR. I didn’t want to leave that place. I wish I NEVER woke up.
Do you believe in Angels or God? I Do