Can You Help Us Help Japan ? 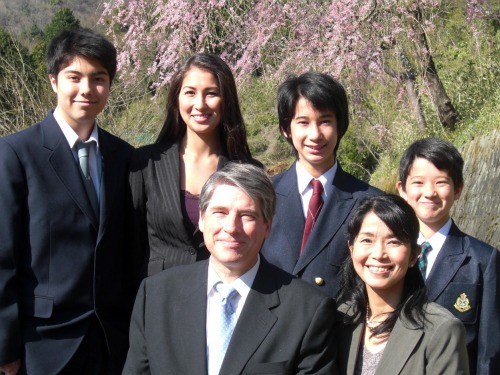 Thank you so much for taking a moment from your busy schedule to hear our request. My name is Peter O'Neill and along with my wife Atsuko we have been missionary's in Japan for the last 27 years. Before that our mission field was Mainland China where we helped get different works started there after the country opened up in 1980. Over the years the Lord has given us different jobs that we could do related to our mission to help support and facilitate our work. In China we taught English and Japanese at the 1st Beijing language Institute to give us a visa to stay in the country and to help us gain access to the students who were the best folks to witness to at that time. In Japan we have had a Large Music Ministry and helped start different public Chapels for Weddings, Funerals and faith based events. These have brought a large number of non-Christians in to where we can witness and share the Gospel with them. In both of these situations we were mainly self-supported and have largely shied away from asking or requesting donations. We have just quietly gone about doing our mission work and raising our 4 small children.

The Great Japan Earthquake of 2011

Two Weeks ago we experienced a bit of a Game Changer. As you have heard and seen,  a massive 9.0 earthquake struck Japan, followed by a deadly 77 foot high Tsunami which has killed over 20,000 people. Thankfully the Lord has kept us, as well as all our friends and contacts. One other major event occurred as a result of the Tsunami and that was that the Fukushima Nuclear Power Station 150 miles north of us, suffered a major failure on their cooling systems and several of the reactors have subsequently had partial melt downs.

In response to this a great number of missionary's and foreign residents have fled the country. We were encouraged to do the same by friends and family in the states, but have felt the Lord Leading us to stay and minister to this field at this most difficult of times. Though it is dangerous and unstable, the nation as a whole has been driven to seek real answers and look for hope and light and inspiration… giving us a great chance to witness. We feel as though we have come into the Kingdom for such a time as this... regardless how it all goes.

A major result from the Nuclear Power Station  having problems has been that the community is forced to go through black outs once or twice a day for 3 hours. This makes planning public gatherings almost impossible and our major source of Income null and void. It would appear that this situation will continue for the next 6 to 8 months and though we have a bit of a reserve (about two months or so), we have never stored up a lot of extra funds. Over the years we have given not just our time and hearts and efforts, but also our surplus income to missions, missionaries and needy families. It's been a privilege and we only wish we could do more. It does though, at this time leave us in the situation that in a few short months we will be down to our last yen and unable to support ourselves, much less help others here in Japan. We don't believe that is going to happen and we trust that God will do Miracles to keep us going. 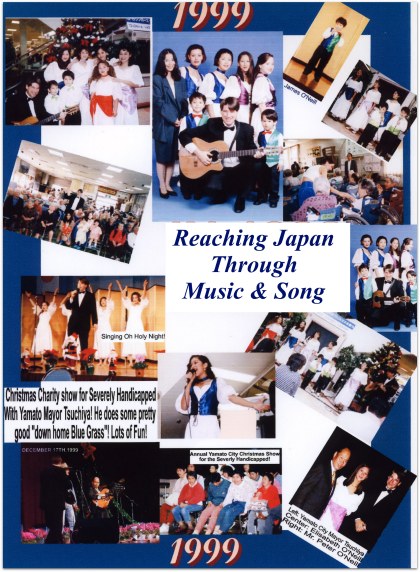 Where God Guides He Provides

Once 31 years ago we were in Beijing and (after 6 months of effort), had finally been hired and accepted to stay and teach at the University there. Only problem was we were down to our last few Yuan and only had that plus our train ticket fare back to Hong Kong. In those days there was no direct telephone service to Hong Kong and no way we could contact anyone anywhere for a bit of help to see us through till our first pay checks would arrive. Well we were young and it was obviously the chance of a life time and it seemed the fate of a whole country’s' mission could depend on us staying and helping to open the doors there... so we prayed... we desperately prayed and we got to stay and we did. We didn't know how we were going to make it, but we believed somehow God was going to see us through. 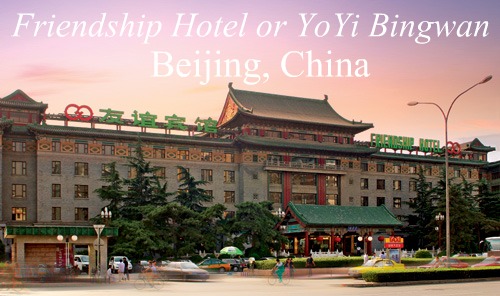 At that time the only person in the whole world who knew where we were was a Professor from Florida named Hassan. We had met him in passing in Hong Kong and had told him the hotel where we would be staying in Beijing and what we were doing. I believe he had prayed with us to receive the Lord in our very short meeting with him. Anyway for some reason this man was the only man on God's good earth who knew where we were and actually had an address to our location. After prayer and the decision to stay in Beijing, despite our lack of finances we went to have dinner on what would be our last few Yuan. It looked in some ways like our last supper. Thousands of miles from any help or back up... it looked pretty bleak. We ate our dinner in faith with a joy and peace and then went back to our hotel for the night. As we walked in the door the Receptionist met us and with a friendly “unnn”... (that would be Chinese for Hey) ... and gave us a letter that had just arrived.  As we opened the letter we couldn’t believe our eyes as 5 crisp 100 dollar bills came floating out... and there was this precious letter from this dear man Hassan. He said, "you know I don't know you all very well, but when I got home God told me to send you this money." I know what you are trying to do there and I believe God is going to help you to do great things and I hope this helps". Tears welled up in our eyes and it was so much the Lord's encouragement to keep us going… to keep true to our calling and our mission. From there we did go on... and God did great things and continues to do so. But what if we had run and left when things where tough and looked hopeless. Anyway thank God we stayed.

So that brings us to now and our situation here. From everything that we get, God wants us to stay and keep reaching this field. It's a tough time for us and for Japan, but God knew this was coming and it's no mystery to him... and we believe where he guides he always provides. In 37 years of being a Missionary God has never failed us and I doubt he will now. We are very hesitant to ask for help as we know each person has their own loads and burdens to carry... and giving can be a real sacrifice. We have no intention of turning this into a get rich scheme as some might... But if there are different ones out there who God touches to help make it possible for us to stay and reach out with His Love in this time of need… then we'd greatly treasure your support.

More Things Are
Wrought Through Prayer
Than The World Ever Dreams

Most of all we ask that you please pray for us and pray for these people. This has been a devastating time and they are broken and hurting. Please pray that this very proud people can find the Lord through this great time of trouble... that out of this seeming defeat the Lord will Win a Great Victory. God Bless you and thank you for taking the time to read through this.

As of May 11th, 2011, We Have Received Sufficient Pledges to get us Through this Crises. We Want to Thank All of Those Who have Prayed for Us and Helped to Make this Recovery Possible.

WE ESPECIALLY WANTED TO THANK KIM CLEMENT AND HIS MINISTRY WHO HAVE GIVEN THE MAJORITY OF THE SUPPORT THAT WE SO DESPERATELY NEEDED. THEY LOOKED BEYOND THE SURFACE DETAILS TO SEE OUR HEARTS TO REACH THIS COUNTRY AND FOLLOWED THE LORD'S LEADING DESPITE THE OBVIOUS SACRIFICE THAT IT ENTAILED.

We cannot express how much this all means. THANK YOU EACH & EVERY ONE! 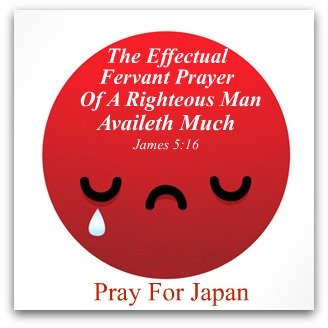 May God Bless and Keep You and Yours and
Continue to Make You a Blessing to Many!

In His Service To Japan,
With Thankful Hearts,
Peter O’Neill & Family