Over Uncharted Seas Was Penned & Compiled By Peter O'Neill 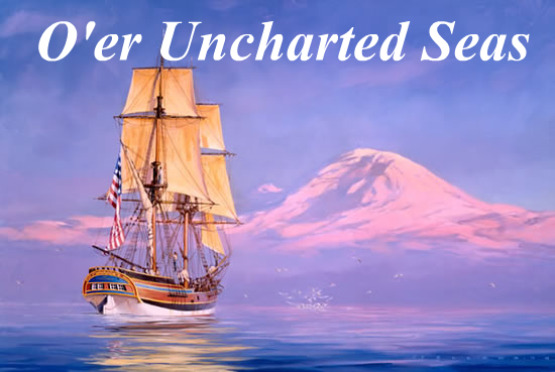 At the turn of the 1500's when the English empire and Christianity were conquering and spreading across the globe... a poem was written by Sir Thomas Wyatt. It has been an inspiration for countless thousands of sincere souls seeking to live their lives for God ever since. It is titled...

Over uncharted seas
To their heart's desire
Do men of faith set sail,

While the beaten men
Walk with fearful hearts
Along life's beaten trail.

The men of faith will challenge
Both men & Satan's wrath,
But the beaten men will compromise
And walk the beaten path.

Beaten roads are for beaten men,
As they walk with measured tread,
With tuneless souls they move along
To dwell among the dead.

But men of faith climb unscaled walls,
And sail uncharted seas.
They dare to cross convention's bounds
To set the captives free.


One Such Brave Soul Was A Man
Captured & Enslaved By Pirates

On a tablet in a church of Algiers is the name of "Rev Devereux Spratt, 1641." The traveller inquires what that means, and he is told that Devereux Spratt, an Englishman, was captured with one hundred and twenty others in 1641 by Algerian pirates. He was put to work with his fellow-slaves on the fortifications around Algiers. Cut off from congenial company, he looked to God for sympathy and strength, and God's grace proved, as always, sufficient. 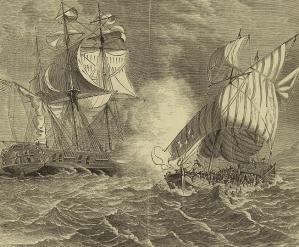 Finding his fellow-captives full of despair, he began to cheer them with words of faith and hope; and soon he had gathered about him, through his faithful testimony, a little band of praying and worshipping Christians. Through the influence of his brother in England, after several years, Devereux Spratt was ransomed, and the order for his release was brought to the fortifications. 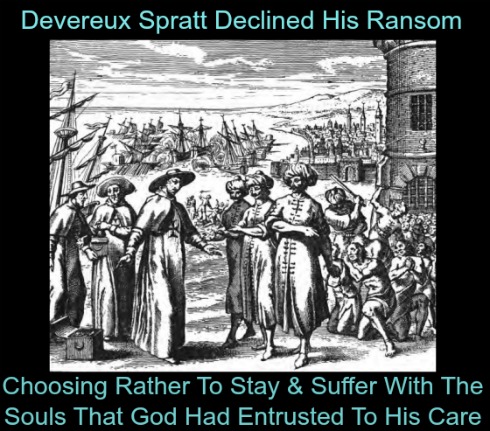 His fellow-captives rejoiced with tears at his good fortune, but expressed regret that their leader was to leave them. Devereux Spratt refused to accept the ransom, and remained, a slave among slaves, that he might continue to comfort those whom God had brought to Christ through him. 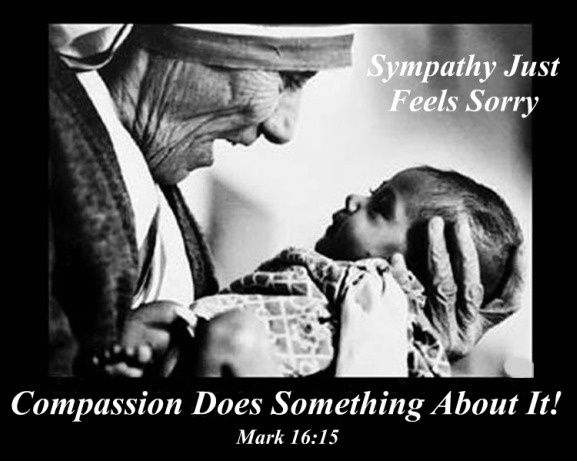 That's the heart of every real missionary from Peter & Paul... right down to You & Me. It is the love of Christ that constrains us... motivates us... pushes us... gives us the guts to stick till the end... the heart to lay down our lives as Christ laid down His life for us.

As An Example We Give You...

The Sweet & Simple Story Of

You can argue if she was a saint or not... but the one thing you can't argue about is that she got off her rear end and did something to help others and love others as Christ loved us. She didn't just talk about the love of God... she lived it.

God help us each in our turn to do what we can... while we can... for the precious souls that God leads our way.


May We Each Sail Over Uncharted Seas ...
To Set The Captives Free.