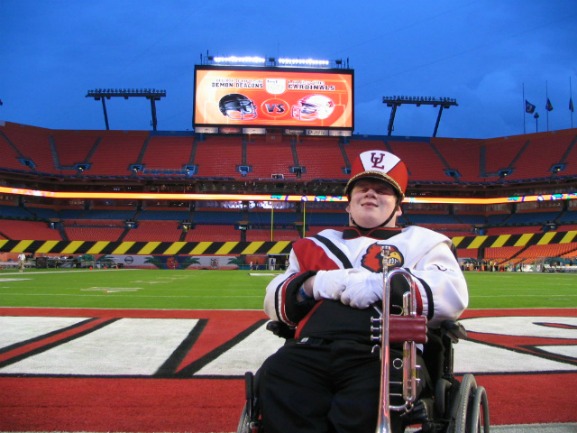 His Limitations Are Obvious But...
His Expectations Are
Amazing 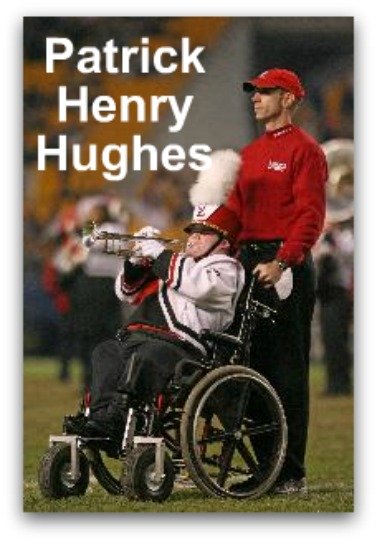 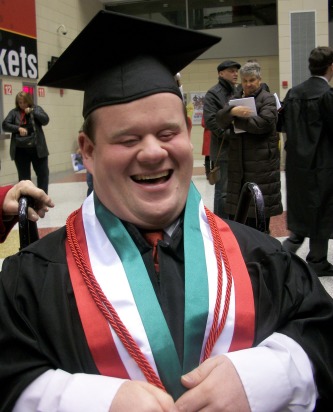 So...
When Things Don't Go As YOU Planned
Look For God's Leading in Your Life

His Dad... Patrick John Hughes, not willing to give up on his son, introduced his boy to the piano at the age of nine months. Patrick has been a wiz at the piano from the get go and later took up the trumpet. 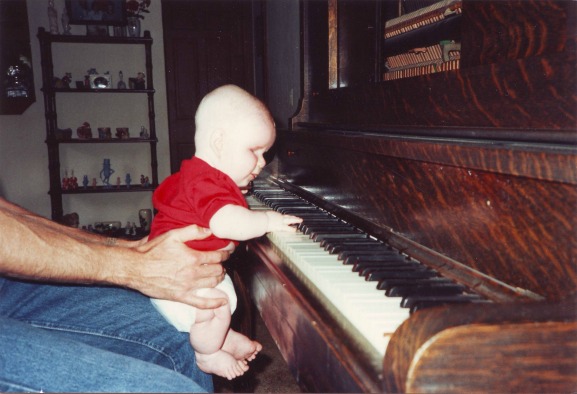 Patrick Henry came to national fame in 2006 while studing at the University of Louisville. With the encouragement of Louisville's marching band director, Dr. Greg Byrne, Patrick Henry joined the Louisville Marching Band. Patrick Played... his Dad pushed him in his wheelchair through the marching routines. This amazing commitment attracted media attention throughout the fall football season, and the pair of Patricks were featured in a number of television and newspaper articles.

Patrick Henry has since been invited to play piano and sing in musical performances around the country. He did 2 great performances at the Grand Ole Opry, and onstage performances with Pam Tillis, Lonestar, Lane Brody, Chad Brock, Faith Hill, and Bryan White.

The Hughes Family is an amazing example of facing life's obstacles and fighting through too victory. There is a great lesson there for us all! 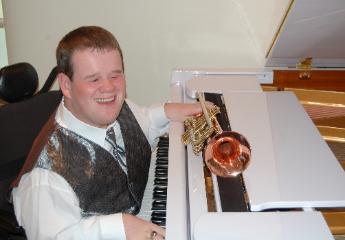 So if you're going through tough times… remember Patrick. Think of his dad and how he pushes it at his work... at all hours… just so he can come back home and push his son. Seems Overwhelming Doesn't It… But It's Not! God Will Give You Grace For Every Difficulty… Strength For Every Needed Project and The Guts, Heart & True Grit To Carry Your Cross Through To The Finish. The Lord Will Never Suffer You To Be Tempted Above That You Are Able. He'll Always See You Through!

God Does Get
His Greatest Victories
Out Of
Seeming
Defeat