North Korea
The Prophesied Fall Of The Kims... Father & Son 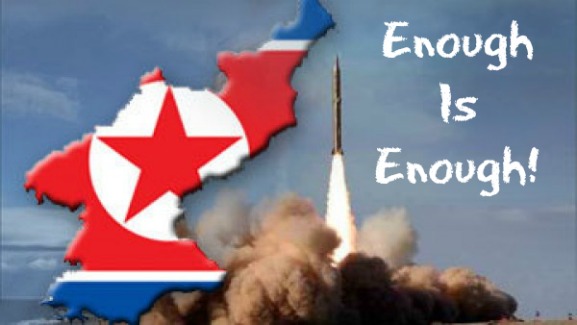 The North Korea Page Was Penned & Compiled by Peter O'Neill

Three and a half years ago (@ Dec 13th, 2011) when Kim & Jane Clement were visiting us here in Japan after the devastating Tsunami... We were driving down from Mount Fuji coming towards our house in the mountains when the Lord spoke to Kim! There was a quiet moment and then Kim said to  Sunil... "They're Going To Assassinate Him"... "write it down and remind me later". It was something Kim had gotten from the Lord and it stuck with me... like a tick sticks to a dog... I just couldn't shake it. 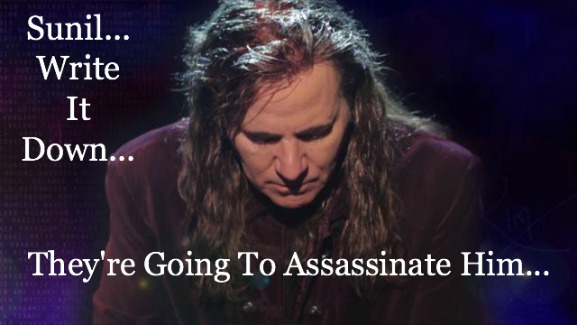 The North Korean leader Kim Jong Il had recently detonated his countries 1st and 2nd Nuclear weapons. There was real worry that before this "Dr. Evil" kicked the bucket, he might try and launch a strike on Japan or South Korea. 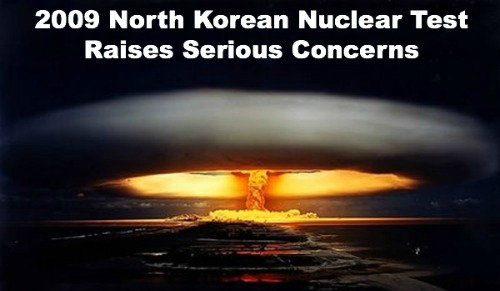 Here he is a few days before he died (Dec. 17th, 2011)... inspecting a new bogus super market that was made to show how prosperous the country was. He just doesn't look that sick. 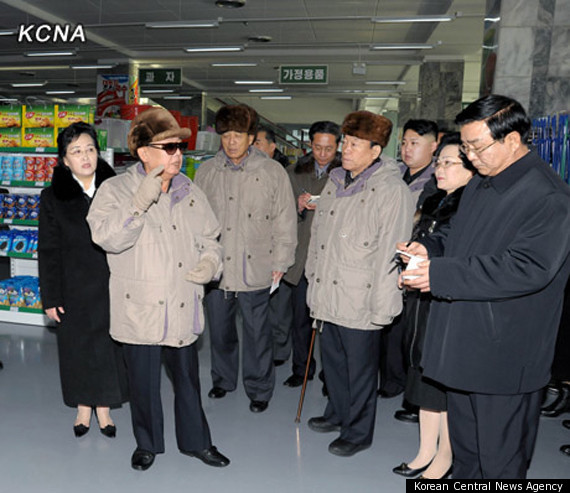 Pictured a few days before his death with his sister, brother in law, and 3rd son... Kim Jung Un etc.

Some have speculated that he was going to go through with a plan to launch a nuclear strike and those around him realized the insanity of such a move and had him killed before he could go through with it. That sounds pretty plausible to me. Especially In light of such clear prophecy on the subject.

Others have said that they were just fed up with him... and did him in... when they had the chance. In North Korea... Anything Is Possible! 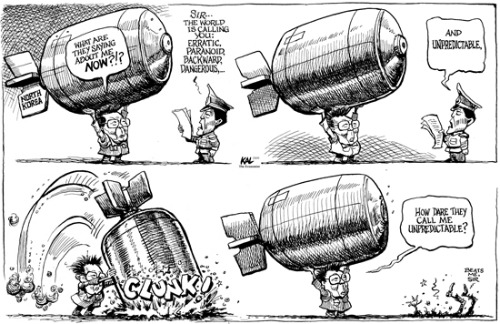 Here is an excellent presentation of the present day problem along with prophecies given by Kim Clement 5 years ago.

God is just as alive today as he ever was and when needed he speaks clearly through His Spirit to Lead and Guide... Warn and Protect and Communicate with His Children!

So What About The New, 28 Year Old,
North Korean Leader
Kim Jong Un 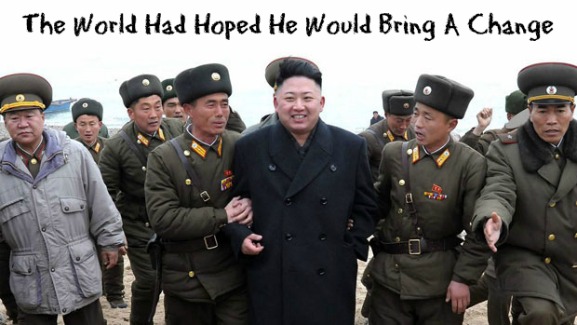 Instead of change... it's more of the same. Threats... Intimidation... & Whatever Evil Needed To Stay In Power! The World Totters on the verge of war... just so a spoiled kid can stay in power. It's nothing new... it's happened before... But the key is to realize that God is in control and nothing happens by accident... Nothing!

Fear Not...
All Goes According To Plan,
Right Down To The Smallest Detail
God Is In Complete Control,
Even... 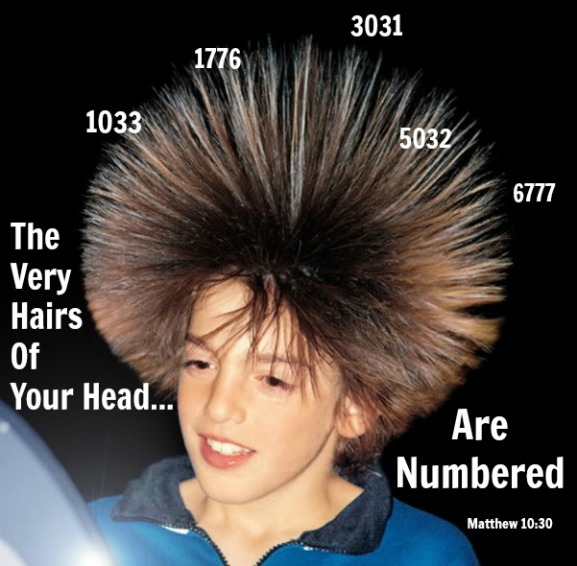 No Matter How Much Some Maniac Thinks He Is In Control...
He Would Not Be There
Unless...
God Allowed It

And So It Is With Kim Jong Un And The Present Day Problems With North Korea. Their Days Are Numbered... Their End Is Very Sure. 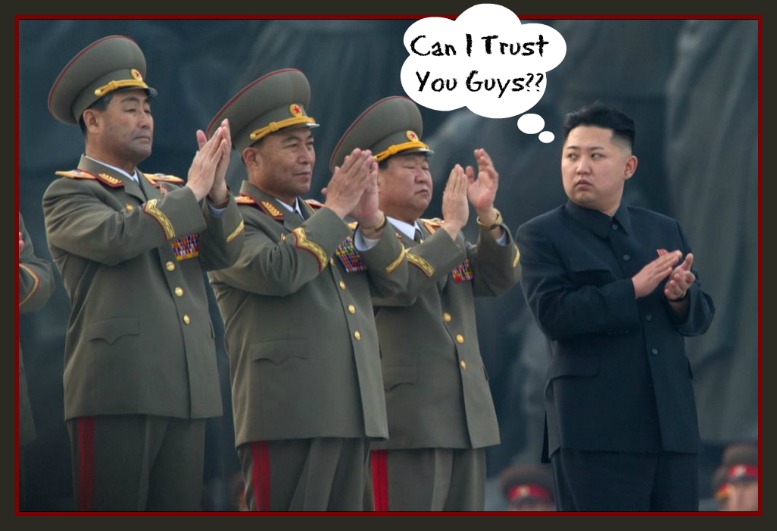 History Repeats... But...
The Result Is Always The Same 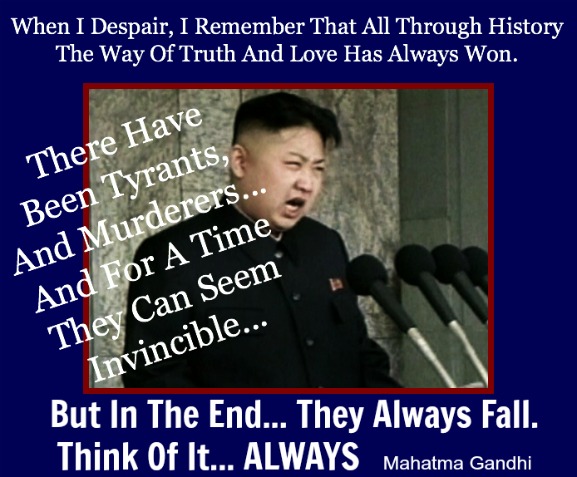 Seems Impossible...
But God Can Do Anything.
The Future...
Is Great To Those Who...
Dare To Believe! 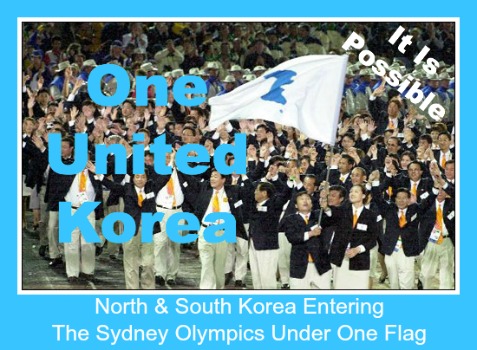 PS. Since this page was 1st written (several years ago) Kim Jung Un has had his Uncle (one of the 3 generals pictured above) & family murdered... fearing they would be the ones to overthrow him.

Times A Tickin' & God's Plan Waites For No Man!

Please Pray For Religious Freedom
And Change In North Korea

We Close With A Salute

As we write this Kim & Jane Clement are on their way back to China to adopt their 3rd special needs child (They now <2015> have one more... Little Mat and are getting ready to adopt a 5th child soon) They have helped hundreds of kids in China and around the world to have fruitful and healthy lives. They've given and given and given till it hurts. Without their love and sacrifice these children would have been left to die. We ask that you please keep them in your prayers.

Hard To Believe That These 2 Precious Adopted Kiddos (Li-Ann & Mia) Just One Year Prior Sat On The Edge Of Life & Death In A Chinese Orphanage. Kim & Jane Rescued Them, Brought Them Home, Cared For Them, Nurtured Them And This Video Says More Than A Book!

God Bless Kim & Jane & Their Team...
They Not Only Speak God's Word For Today, But They Live A Love That Speakss
Much Louder...
Than Any Sermon Ever Could!
God's Ambassadors
Of Love & Hope!
We Salute You!