The Christmas Preparation Page Was Penned & Compiled By Peter O'Neill

Touch Your Part Of The World

This Christmas Make Your Faith Be Known! Be a sample of the Hope, Love & Light That God Has Given To Us All!

Here in Japan And In Many Countries It's Not Politically Correct To Preach The Real Meaning Of Christmas! To Heck With That... We Wave Our Banner High With Lights & Song... And A Beautiful Manger Scene That Makes The Local Folks Ask... "What Is It That Is So Special About This Christmas Thing!" Wherever You Are... If Possible... Do The Same! Be A Sample Of The Joy That We Celebrate On This Wonderful Day! Give 'em Jesus! 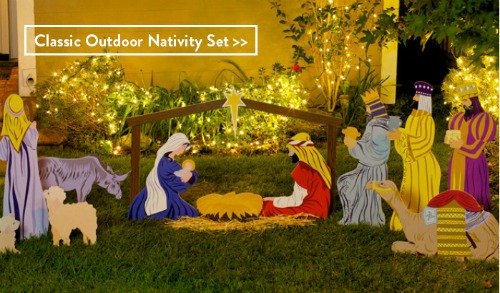 It Takes A Bit Of Time And Planning To Do A Proper Job... So Start Now. The Above Manger Scene We Are Getting From The Outdoor Nativity Store In Hawthorne, California. It's Light... Inexpensive &  Made To Last For Years & Years. They Produce This Because They Want To Share Their Faith.   They Are The Most Sincere & Dedicated Folks In The Business! We've Talked To Many... & They Are The Best!

BUT...
Whatever You Do... Do Something!
With The Enemy Yelling & Screaming
In A Million Different Places...
Be A Simple Beacon Of Love & Faith!
LET YOUR LIGHT SO SHINE...
SO THAT OTHERS CAN KNOW HIS LOVE 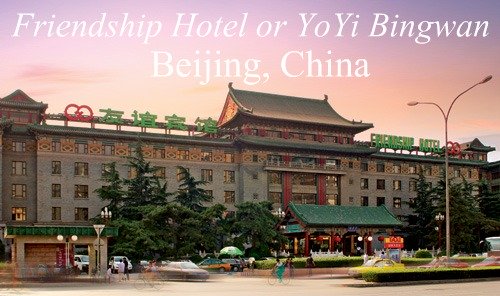 Inside The Youyi Bingwan Hotel Compound 1981

As we thought & prayed about our Christmas Preparation the Lord showed us to hang Christmas Lights out our window. We lived in the foreign experts hotel in the university district of Beijing and our window faced out towards the adjacent university. There was no doubt that our actions would be noticed. 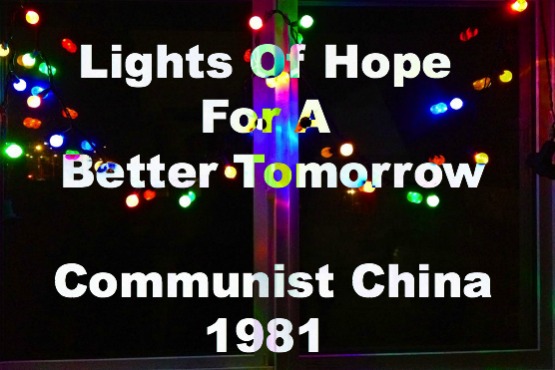 The result was that folks would come ask us what the lights were for. For those sincerely seeking we would explain it was for Christmas and what Christmas meant. Those stupid little Christmas Lights were a tremendous open door to share our faith. With Very Little Christmas Preparation We Had A Big Impact! 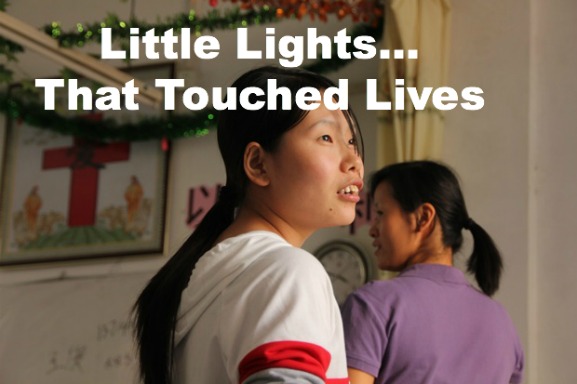 Christmas Preparation - Plan Ahead - Get It Right

Over the next 5 years the lights became a regular thing and kids from local collages would get the message. By the following year... kids were having Christmas parties in their dorm rooms where they'd sit around and read the true story of Christmas out of the bible.

That's another story for another page, but the point being... we did what Christmas Preparation we could... and because we did what we could... God Blessed It & Did What We Couldn't! Many a precious soul was reached!

Our Christmas Preparation In Japan 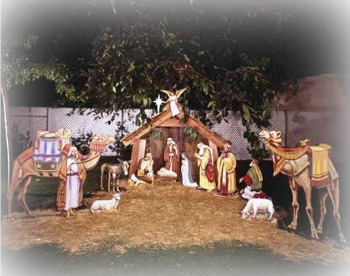 Here in Japan... over the last 30 years we have had the freedom to do much more than we could in China. Almost every year we have set up a manger scene for all to see. Usually homemade and painted on plywood they have been heavy and cumbersome, but beautiful. We've made the barn from what wood we had and the local farmers would donate the hay etc. Most notably... we have been able to put up a track stand for folks to get a more complete message.

It is socially frowned upon, but tolerated. Many... many folks have gotten the message from that very simple presentation.

One year while in Fukuoka, we lived next to a busy road and a motorcycle gang used to roar up and down the road at 2 or 3 in the morning about 3 times a month. They were just kids trying to get some attention, but it was loud! One night I was awoken with the noise of the head biker pulling up to our manger scene. He stopped his bike got off and went over to read the story of Christmas we had  written on a sign beside the manger scene. He stayed for a long time quietly reading the sign and then the track. 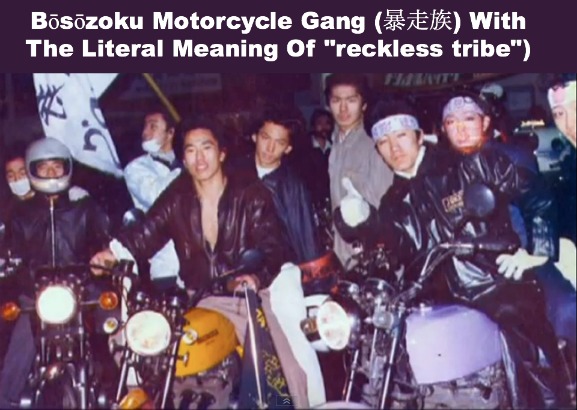 When I went out to talk to him he apologized for all the noise and thanked us for the manger scene. He had a lot of personal problems and I was able to pray with him to receive the Lord. That was the last time we ever had a problem with the motorcycle gang. After that... they would always slow down  when they got close to our house and never made a racket again.

Our Manger scene here in Japan has been a very simple thing... but it's had a pretty major impact. It's the one time of the year when folks expect to see the witness... and we don't & won't disappoint!

If you've got the freedom where you live to put out a manger scene... we'd highly recommend you do! It could be the magic that would touch a soul and change a life. If you can't then do what you can! The Magic of that 1st Christmas Day Is For All! May God Help Us To Share It With Those Around Us! 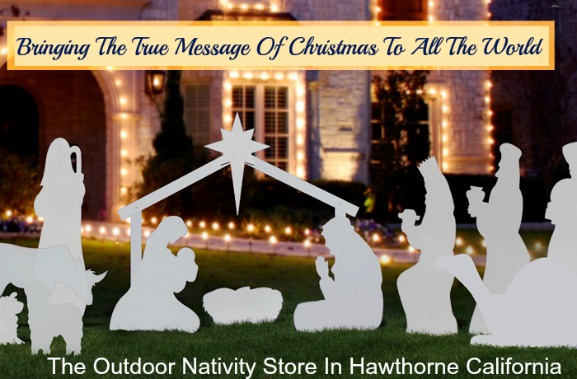 PS. We wanted to add a heart felt thank you to Norb  & The Great Folks At The Outdoor Nativity Store who are making this years Manger Scene Possible! Their product is beautiful and the graphics are just inspired. It's A Manger Scene That'll Move You... & All Those That See It!

As the years have gone by... we have gotten older (coming up on our 60's) and building & putting up (and taking down) the big bulky Nativity Scene has become increasingly difficult. Our last homemade version which we've used for about 7 years was falling apart and had to be retired. This year we will display the precious product that Norb & company have produced! It's light weight... easy to assemble and just the best presentation you can get.

Words fail us to express how grateful we are and how much we treasure working with Norb & Co. to get this wonderful witness out to Japan! God Bless Each & Everyone There At The Outdoor Nativity Store! You are the Lord's Mercy On Us This Christmas!

Click Here To Go To The Outdoor Nativity Store