Christmas Flash Mobs
Takin' It To The Streets 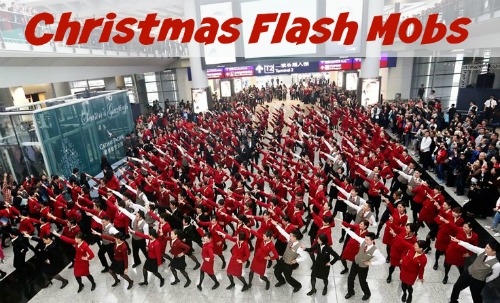 The Latest Craze... The Flash Mob

Droppin' The X
And Puttin' Christ
Back in Christmas

If these Merry Minstrels Pop Out in Your Location... Don't Just Sit There... JOIN IN! Hey... It's Christmas... MUCH To Be Thankful For! Much to Sing About... Much to Be Grateful For!

It's no easy production to put one of these together... But it is well worthwhile! It takes a lot of time and planning to make something like this... look so spontaneous! But isn't that what you see on TV and at the movies... it all looks so natural. So if someone goes to the trouble to put one of these on... Be Appreciative... Be Supportive... Be Enthusiastic!

It's Nothing New... Yet The Packaging Is All 21st Century! For hundreds of years folks have gotten off their rear ends... piled out of their churches & gone out singing for Christmas! Not just listening to someone else sing... but using their own vocal chords to Proclaim The Joy That Our Savior Has Come & Lives & Reigns Forever! We strongly encourage everyone that can and has a chance to... to let it rip & do the same!

From 8 to 80 folks are sharing their faith in a way that works... In A Way others Can Relate! There Is Nothing More Powerful Than Song When It Comes To Touching A Soul! It's Magic!

Whistle a Toon... Share A Word Of Hope & Faith... Let The Season Ring With The Love Of God! Make a Difference... No Matter How Small To Light Up Your Part Of The World!

Soon Christmas Will Be Past...
Don't You Want To Do
Something Meaningful That Will Last?

I recently talked to someone who has cancer and is dying. They saw this video and said... "Lord I wish I could do that before I die! ... What A Wonderful Thing!" Well folks we're all still kickin'... we've got a chance to do something! Sometimes... usually in fact... the only Bible the World ever reads is the one bound in shoe leather! Many might not ever know the joy of the day unless someone is bold enough to do something like this. 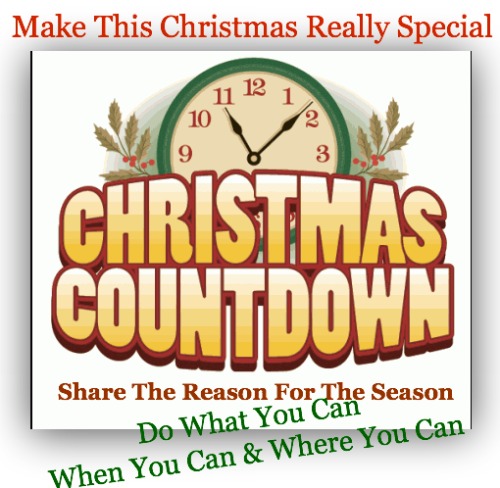 Here in Japan we did presentations like these for 20 years! They were so much fun to do and it was so fulfilling to see folks... often discouraged from their lives of constant dark repetition... break out into huge smiles! For that brief time... we could give them hope and a sample of The Love of God! We'd pass out a few tracks that might or might not have been well received (because social training against Christianity is very strong here)... but there was no mistaking that they could see Faith and Love and Life! What a privilege it was!

PS. And Then There's This Last Little Bit From... A Christmas Flash Mob In Cincinnati :
Fountain Square With A Little Rock & Rhythm