Healing For Today Testimony Was Penned & Compiled By Peter O'Neill 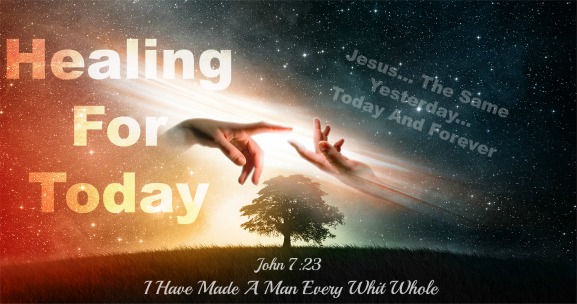 I could share the story of what happened to me. When I first met the Lord... I made a decision to try and serve Him and become a Missionary and I guess a lot of times the 1st thing that happens when you make that decision is the enemy tries to attack you and discourage you in whatever way possible. Anyway I made this commitment and then the next day I really started getting sick with the flu. 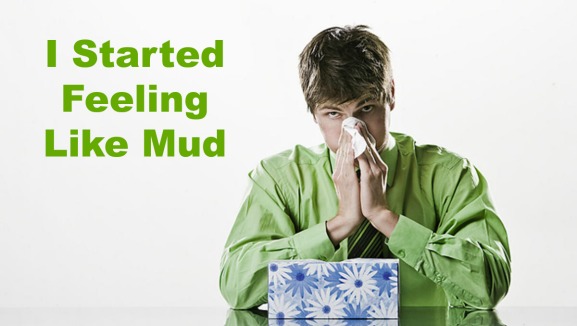 It was a normal thing and though unpleasant I didn't think too much about it, but one person I knew... Nat told me, "Hey God can Heal you" and I thought that sounds strange and a bit out there. He said "No really He can". There are promises in the Bible that you can claim and God can do it and I kind of laughed, but feeling like mud... with a fever and sore throat and the runs... thought, "well OK I guess I can try".

Healing For Today Graphic of Psalms 103:3 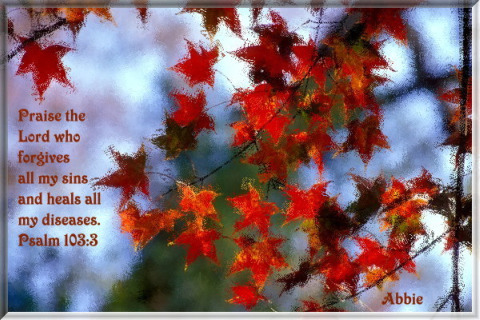 He showed me a verse he liked... Psalms 103:3 "Who Forgives All Our Iniquities (Sins) and heals all our diseases." So Being new to all this I just said a very simple prayer, "Lord I'm trying to serve you and give my life to you and I can't do a very good job if I'm sick so I claim that verse... Psalms 103:3 and Ask that you heal me." A Very Simple and Believing Prayer... And... 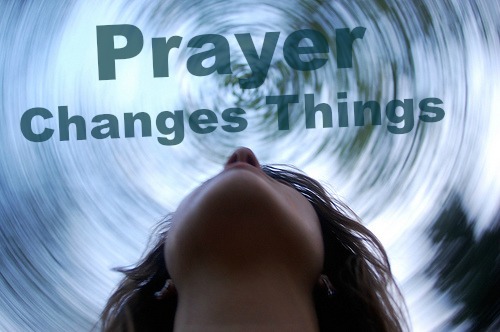 After the prayer... over the next 20 or 30 minutes... I started feeling, bit by bit, better and better and suddenly I realized... I felt fine. I thought ... WOW this Prayer for Healing thing Works! It really encouraged my faith and many times over the last 35 years I have been sick with this and that and the other and just said a simple believing prayer like that and was healed.

Sometimes I didn't get well, but I've learned also that God has a reason for sickness... to humble us and get our attention. The Most uncomfortable place for a Christian is often a comfortable place and sometimes God sends trouble or sickness to keep us disparate and close to him. 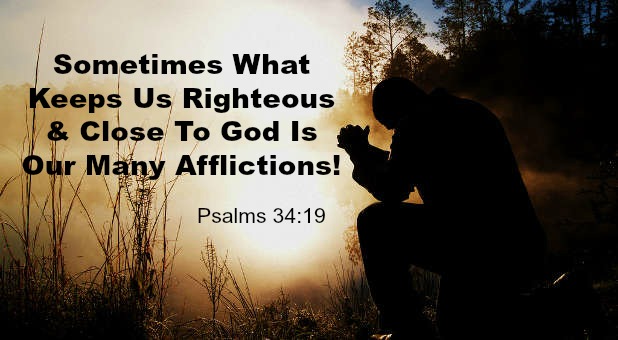 That being said I also think some people over complicate the whole thing and refuse to ask for healing or refuse to believe that it's possible for them... Here and Now! INSTEAD OF REALIZING THAT GOD HAS ALLOWED PROBLEMS FOR A REASON... TO DRIVE THEM TO HIM... to slow them down or to teach them some needed lesson... they sadly ignore the big picture of what God is doing in their lives. They ignore Him and turn  only to medical doctors or personal wisdom for an answer, solution & guidance. 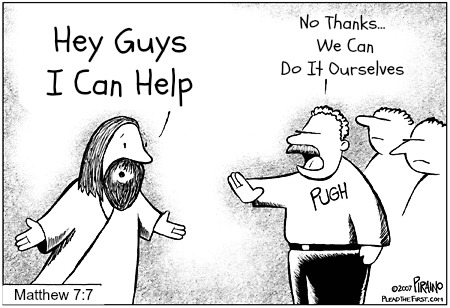 They conclude that healing And others miracles... were all for a long time ago and God dosen't do that now... which is just a load of Cow Manure... if you'll forgive my French. God is Still Upon the Throne and Prayer Changes Things! Jesus Christ the Same Yesterday, Today and Forever! We'd Do Well Not To Forget That! 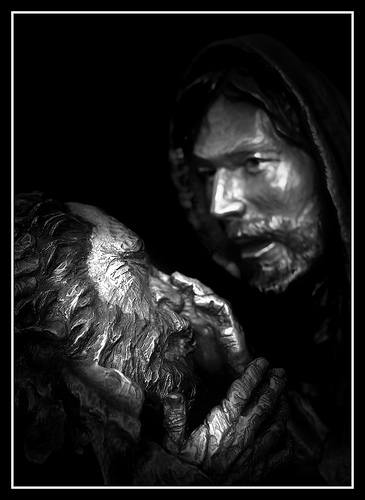 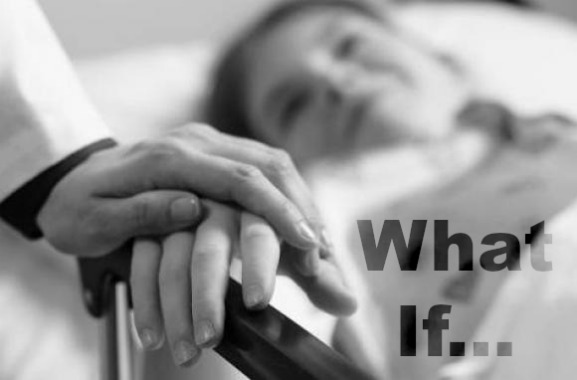 Eventually every single one of us is not going to get healed. Be it accident, injury or sickness... we are all going to die! It Will be the end... or so it will seem... BUT in Reality... that is when our greatest healing will occur! We will leave this weighty old body behind and receive a new and perfect body. Gone will be the trials of this old flesh that we so faithfully fight to preserve. In the twinkling of an eye we will be remade, fresh and strong and new! That Will Be Our Ultimate & Greatest Healing. 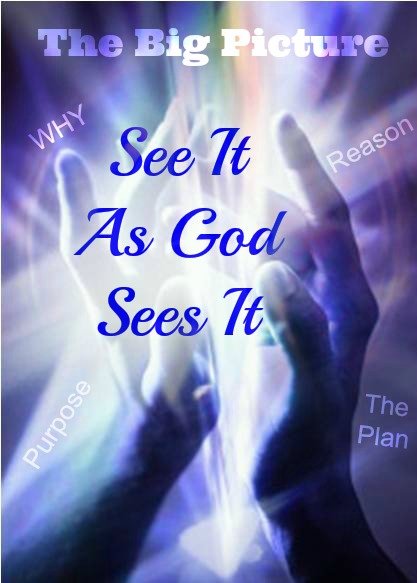 I know a dear prophet of God who prayed for a girl to be healed. Medical science & doctors had given up on her. She was deathly sick and in prayer the prophet saw her healthy, happy & whole. He told the whole congregation what he had seen and that God was going to heal her. Such hope filled her heart and then the Next Day............. Quite Shockingly... SHE DIED. He felt ashamed... people called him a false prophet and he became very discouraged and went through years of condemnation! 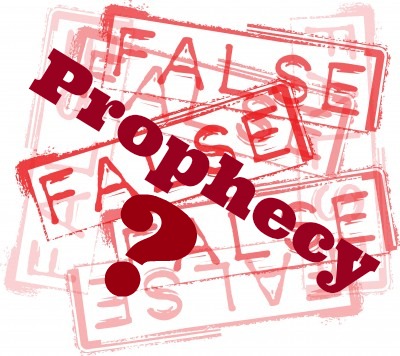 But the truth is that... He Saw & Gave What He Had Been Given! What an encouragement in a child's pain & insecurity that prophecy was. When she closed her eyes... she did so with faith and hope and awoke in the arms of her Lord and Savior. She was healed... and healthy... and happy forever! For a saved soul that is the Greatest Healing there will ever be!

That Dear Prophet Got It Right & Saw It As God Saw It! Unfortunately The Issue Became Clouded Because Some Could Not See God's Point Of View! They Could Not See Beyond The Veil Of This World To The Next. If They Could... They Would Have Seen That Young Lady... 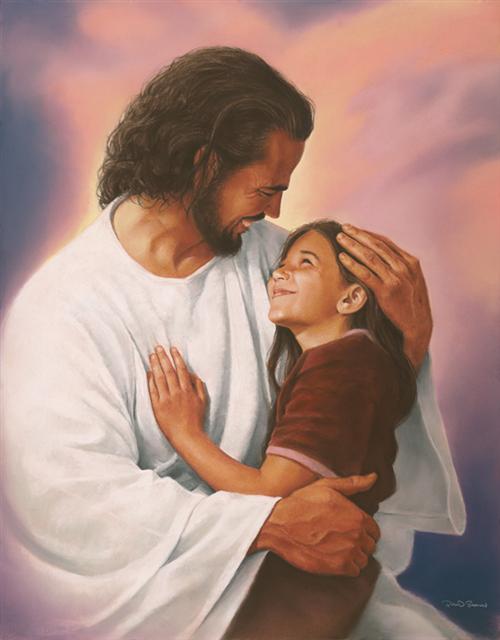 The Above Testimony " Healing For Today "... Was Taken From The 21st CC Forums. The Simple Story Of Someone Who Was Sick & Then Claimed God's Promises for Healing... And Subsequently They Were Healed... Learning A Great Lesson For Life. The Bottom Line Being Jesus is the same Yesterday, Today and Forever and... That God is Still Upon the Throne & Prayer Changes Things! We hope this was a blessing to you!

To See More On Healing For Today or To Add a Bit of Your Own...

Click Here to Go To The 21st CC Forum Pages