Fake It... Till You Make It 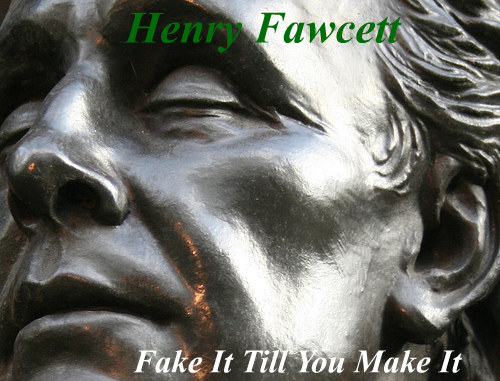 This Christian Story tells of a Young Man named Henry Fawcett who one day accompanied his father on a hunting trip. The father accidentally discharged his shotgun, blinding his son in both eyes. The boy was just twenty at the time.

Before the accident, the son had been a bright, ambitious young man with a great future. No one would have blamed him if the accident had made him bitter and full of despair. And that was how it did seem to him at first. But there was one thing that saved him: he had deeply loved his father and knew that his father was nearly out of his mind with grief at what he had done to his son.

The only way he could save his father's sanity was to trust God and choose hope over terrible despair.

Then an odd thing happened. The pretense turned into reality. The result: Henry Fawcett was elected to Parliament. Later, at the Prime Minister's request, he became postmaster general, where he brought about great improvements in the English postal and telegraph systems. Remembered today... not for having been blind, but the Great Achievements he Wrought and the Great and Good and Godly Man that He Was.

There's a Little Lesson Here for us All!

Sometimes...
Usually In Fact...
The Lord's Most Amazing Triumphs
Come From Hopeless Situations
When We Refuse to Doubt
And Keep Believing and Fighting On in Faith 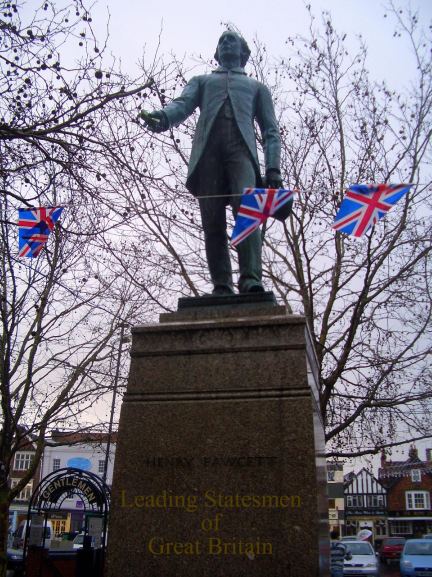 "I learn as the years roll onward,
And leave the past behind,
That much I have counted sorrow
But proves that my Lord was kind;


That many a flower I longed for
Had a hidden thorn of pain;
And many a rocky bypath
Led to fields of golden grain."