See The Heart Is Penned & Compiled By Peter O'Neill 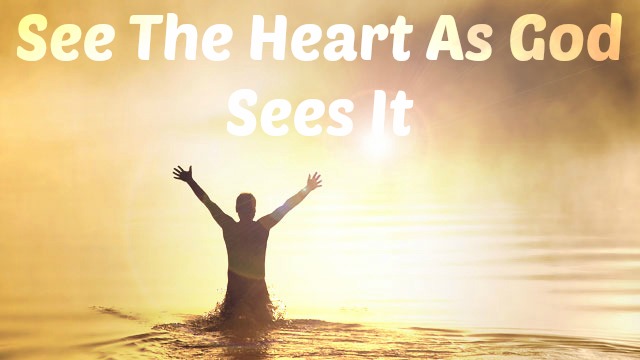 And What He Sees & Knows
Would Shock Us

When All Is Said & Done...
And God Rings The Final Bell...
I Think Many Will Be Surprised 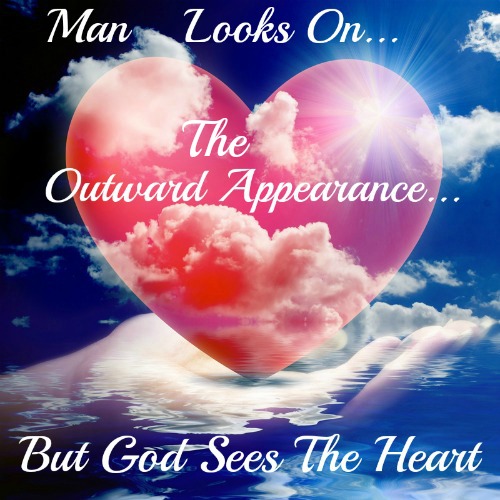 Look Beyond The Fronts... &

The Cover-ups & The Weaknesses.

Really Search Out The Truth 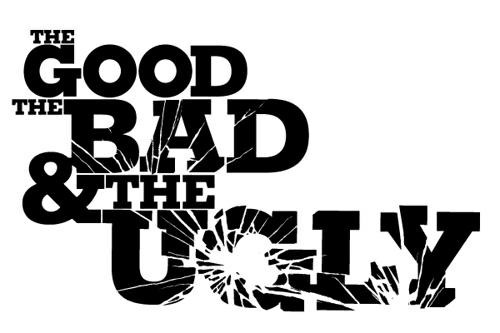 Jesus's disciples and those he called friends were seldom the high and the mighty. Most of his followers were fishermen, tax collectors and a lady who started life with a Less than stellar reputation. But He could see in them... what others could not see… He could see their potential... He could see them for what they would become! Shouldn't we see others… those who touch & affect our lives… shouldn't we see them... as God sees 'em? 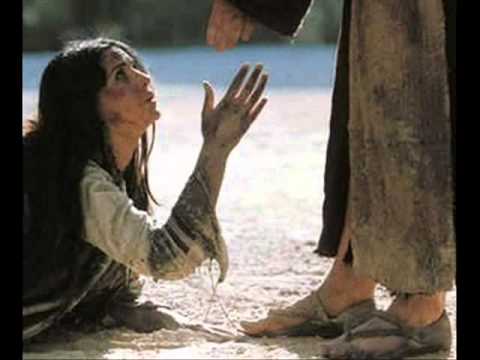 Beyond The Fronts
& Cover-ups 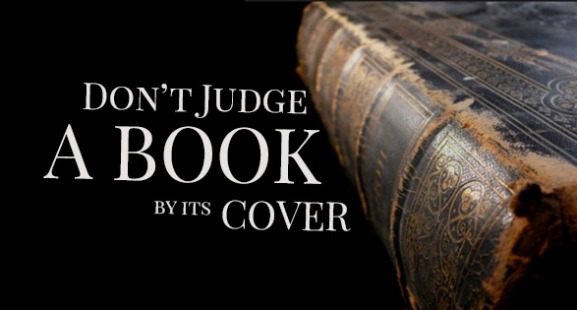 The True Story is told of the Impromptu Truce that took place on Dec. 24th, 1914, in the trenches along the Western Front During WW 1. Invariably almost all there would die over the next few months and years, But On This One Magic Christmas Night Something Wonderful Happened that has spoken loud and clear to countless millions throughout the years since. 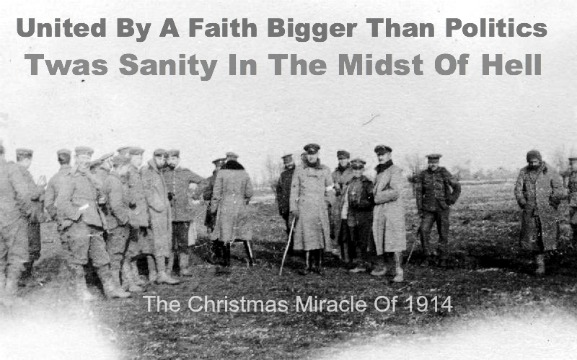 First on one side then the other the Soldiers Started Singing Christmas Carols and suddenly there was there... in the mud and the blood and the pitch darkness of eminent death, a realization that this was Christmas. Trees were lit with candles and held aloft and signs scribbled on anything available started going up… “You No Shoot Us, We No Shoot You”. 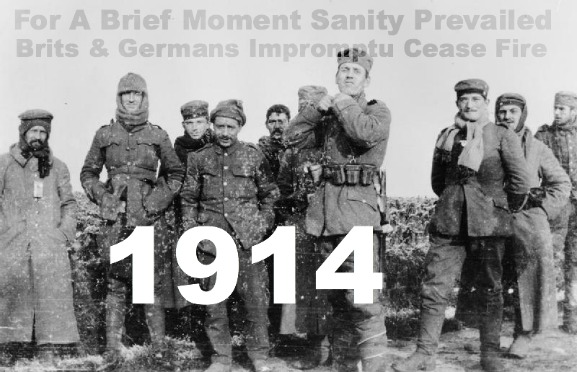 Finally one brave officer from the German ranks rose out of his fox hole and said, “I am unarmed and I’m walking out to the middle of no mans land. Will not one of you meet me.” A brave British officer came forth… then another, then another, then another... till finally the fox holes emptied and the opposing forces met in the middle. They shared their drinks and small gifts that they had received from home… buttons and cigarettes and sang songs of praise and thanksgiving for the joy of the day. Peace Reigned… And If Only For That One Moment… It Was Sanity In The Midst Of Hell. 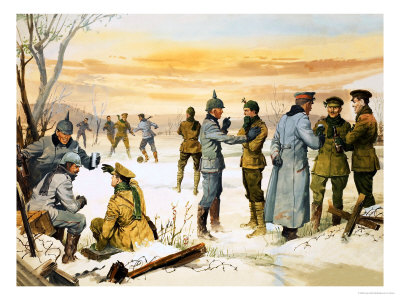 When the morning came they went back to their sides but no one would shoot, the soldiers saying why do I want to kill them… they are good blokes. Finally at the threat of being shot as traitors the shooting resumed, but the bullets were high into the sky and it was days before anyone was injured again. For That One Brief Magic Christmas Day They Could See The Heart Of Their Like Minded Christian Enemies… They Saw It As God Saw It. 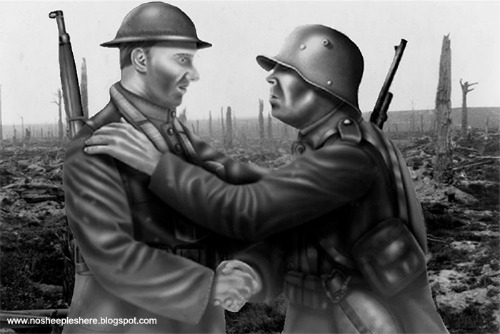 The Point being that when they died… and most all of them did soon thereafter… the Lord didn't meet them with... hey you German Scum Bag or You Dirty Dog Brit…He Met Each One As The Precious Soul That They Were And Judged Them Each By Their Heart… Not Their Affiliation! 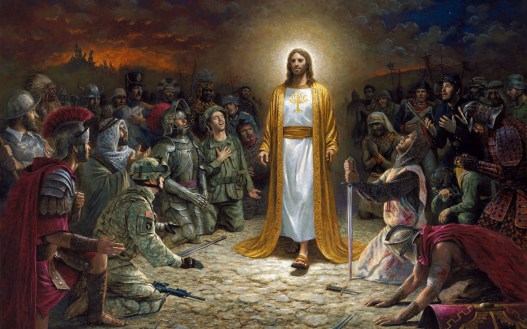 What do you want to wager that many of these dear gents soon met up together again in Heaven. The sadness and horror of war... a thing of the past and only the peace of God to share for eternity.

If only we could learn from their example of faith and see peoples' hearts as God sees them...What A Better World It Would Be!

There Are A Million Stories Of Folks
Who Looked Bad Or Stupid...
But Later Turned Out To Be
Great, Kind & Wonderful People.
1st Impressions Can Be Wrong 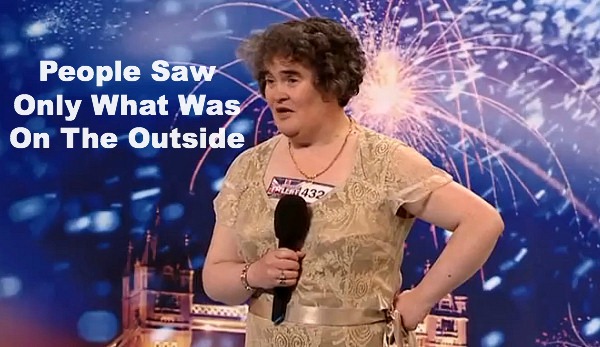 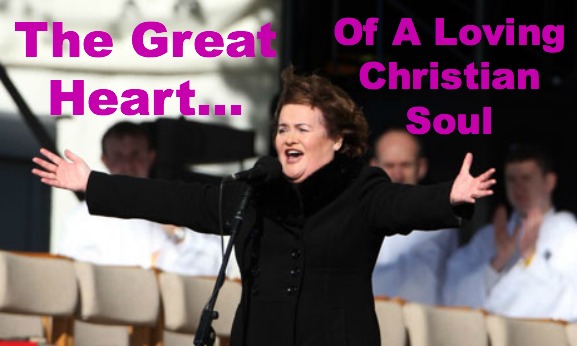 Susan Bolye... the matronly 47 yr old Christian Choir singer who had given up her own dreams and hopes to care for her ailing grandmother.

Years of sacrifice and giving had left her completely out of touch with modern day dress and culture.

Chances for this star wanna be to live her dreams... absolutely zero... but she against all odds was willing to try... and because she was willing to try one last time... look what happened. The beauty and the gifts so long held inside shown for all the world to see.

A Diamond In The Rough
Definitely Not Flashy & Shiny… 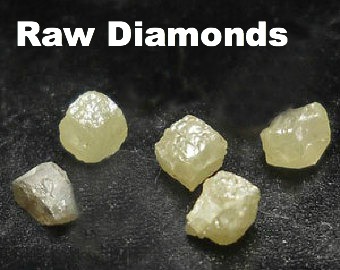 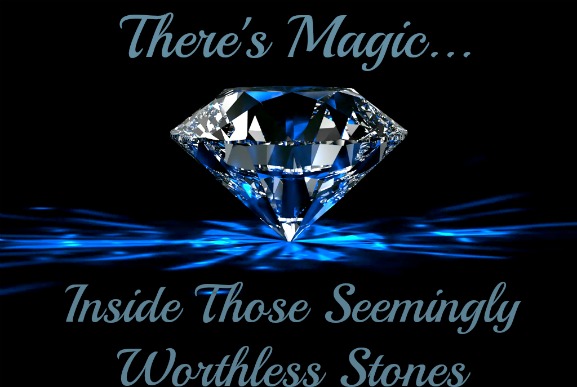 The Lord Can See Beyond Our Problems & Weaknesses...

He Sees What Tomorrow Holds 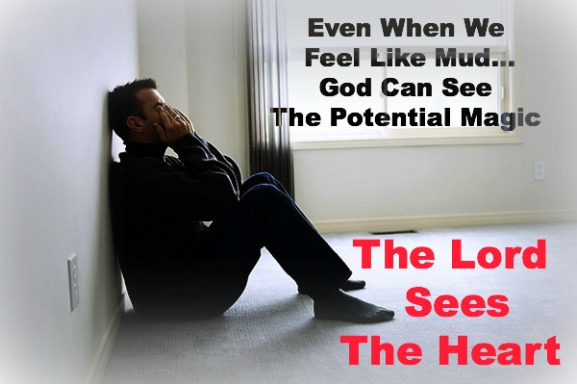 In The End...Susan Boyle Showed 'em That She Had The Right Stuff
& Given Half A Chance... She Shined

If You'll Look
For The Good In People...
You'd Be Surprised What You Might Find 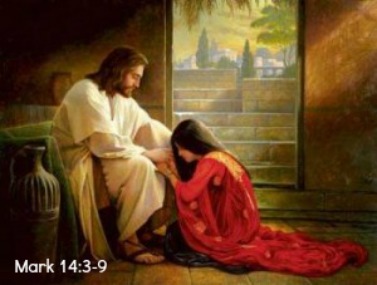 We're Sure Not Saying though…
That All Folks Are Diamonds In The Rough…Because They Are Definitely Not.

Some People Are Evil To The Bone!
With Hearts As Black As Coal.

In All Cases We Need To
Look Past The Smoke & Mirrors &
See The Heart... See The Truth

As An Example Of Rotten People With False Fronts... We Give You The Majority Of Abortion Doctors & Clinic Owners Who Do A Billion Dollar A Year Bussiness in Murder! They Are Falsely Held Up By Much Of Society As Wonderful Examples Of Brilliance & Compassion...

But You Know... God Sees Their Hearts! 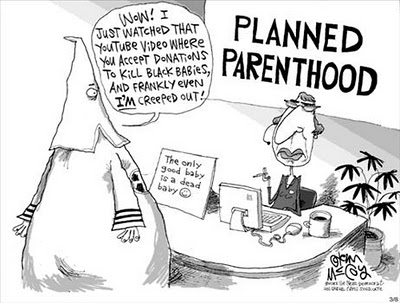 Planned Parenthood??? I Think Not…
It's Planned & Condoned Genocide…
A Crime Of Selfish Convenience 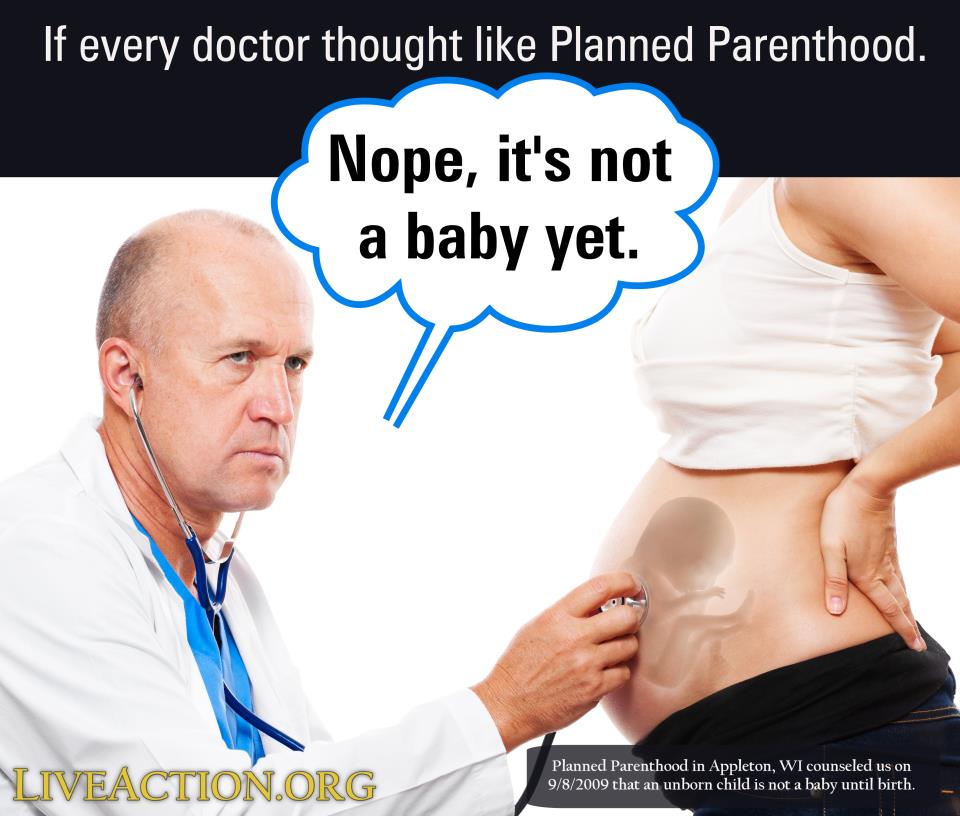 How About Any Number Of Politicians
Held Up As The Great Leaders
Of Their Countries.
God Knew Their Evil Hearts...
Even While Many Shouted Their Praises 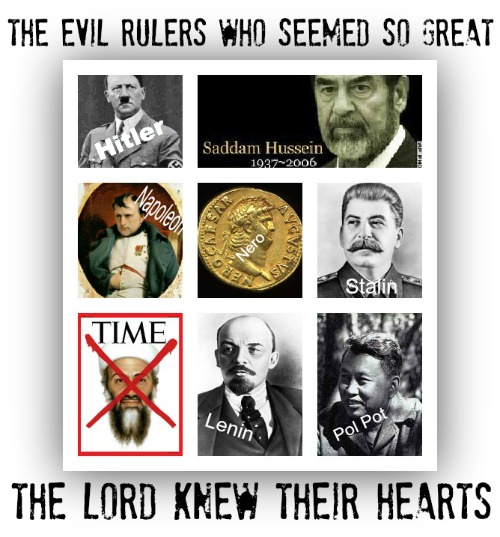 It Is Why It Is So Important to See The Heart. Each Case is Different… Each Case is Unique. So God Help Us To Pray And Ask The Lord To Show Us The Inside of The Book, Show Us The Full Story…

And Show Us The Unvarnished Truth! 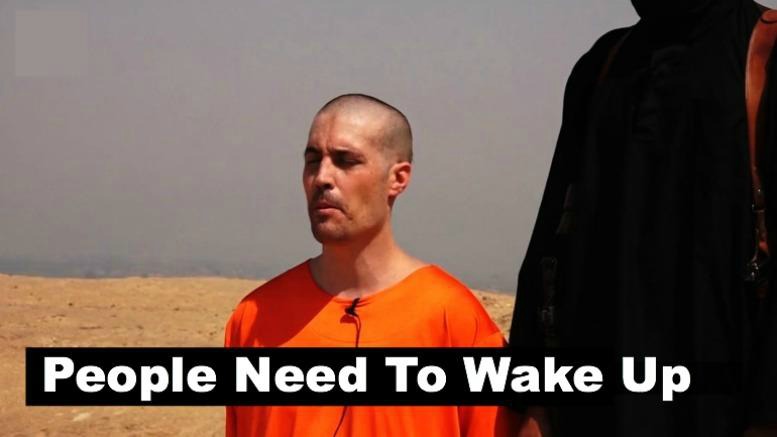 And...
SEE EVIL PEOPLE...
FOR WHO THEY REALLY ARE

But May God Help Us To Also See
His Precious Sheep...
For Who They Truly Are 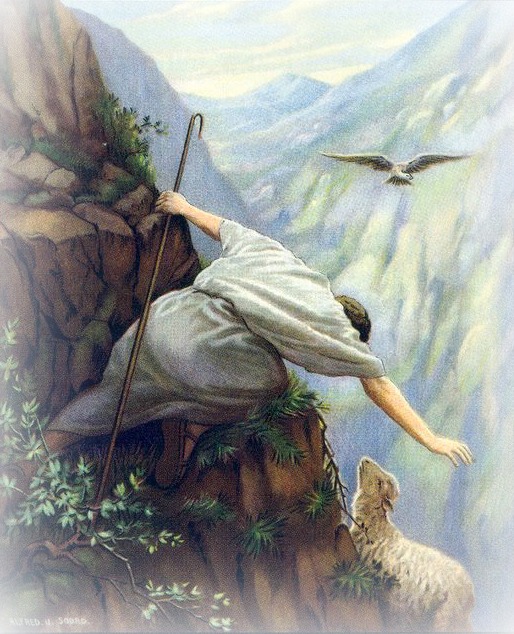 May The Lord Help Us To