Do Ever Feel Helpless and Hopeless...
As Though All Your Efforts Have Been In Vain!
Be Encouraged To Fight For Your Dreams…
Believe… Have Faith...
And Never Never Give Up

Though Derek Didn't Win The Gold That Day
He Did Set... A Golden Example Of Courage
That Is Still Remembered These Many Years Hence

Why Did 65,000 People Stand & Cheer. Why… now after 20 years do Millions still remember what he did! It was because in that aching, painful moment he embodied the struggle and fight that we all go through in life. IT IS A BATTLE AND EVERYBODY KNOWS IT… and in that one moment folks could put themselves in his shoes. The years of struggle and sacrifice, hardship, heartache and pain all brought to the fore as he fell to the ground, but... AND THIS IS A VERY BIG ... 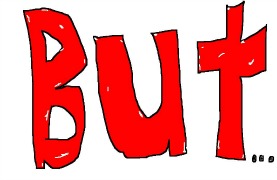 he got back up and finished his race. Despite the fact that he knew he would never hold that gold medal, he still got up and fought through to the end. He refused to wallow in the ineviatable defeat, but in his heart and mind and spirit he could see, and we along with him, that there is a GREATER RACE and BIGGER and MORE IMPORTANT GOAL UP AHEAD...

And He Got Up And Ran Towards That Hope... & That Future! 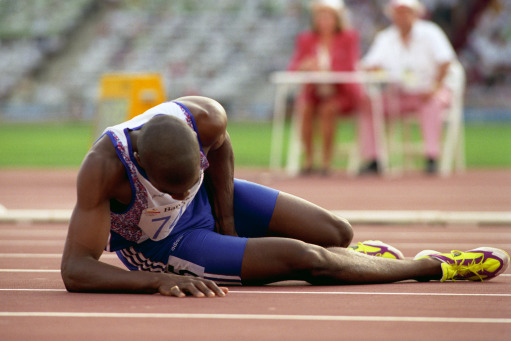 Finishing Our Race in Faith
Is More Important than Winning 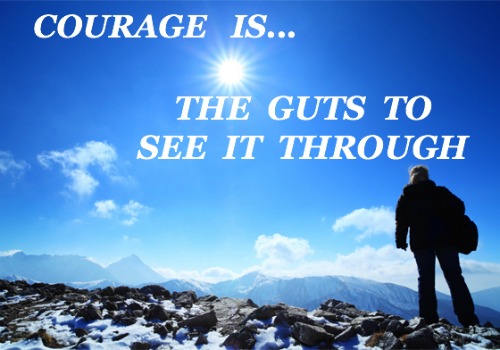 Initially he thought he had been shot because the pain was so great. His leg would not function. London’s The Guardian newspaper quoted him, “Everything I had worked for was finished. I hated everybody. I hated the world. I hated hamstrings. I hated it all. I felt so bitter that I was injured again... but then I woke up and realized that despite the pain... despite the heartbreak... I had to finish... I couldn't quit. I kept hopping round. Then, with 100 metres to go, I felt a hand on my shoulder. It was my old man who really loved me and he was there to lift me up and help me.” 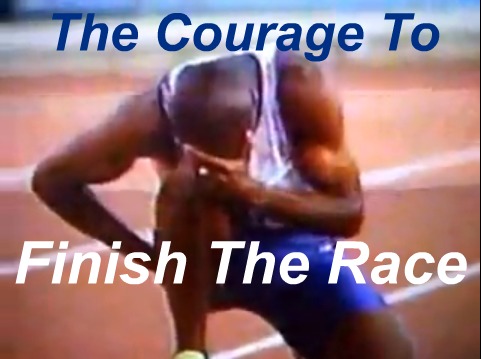 When Derek Fell To The Ground He Could Have Laid There Like A Thousand Other Athletes Before Him... And No One Would Have Ever Heard From Him Again.
Instead He Got Up and Refused to Quit...

Derek hopped on one leg for half a lap before his father came to his aid. Together they finished the race arm-in-arm to a standing ovation. Now, some 20 years after the race, not many people remember who won that semi-final race or who even won the Gold. But, many still remember Derek Redmond. Because dispite the pain... despite the heartache... Despite It All... With the Help of His Loving Dad... He Finished the Race! He kept going till he reached the finish line!

May God Help Us To Do The Same! To Believe...& Finish The Race That God Has Given Each Of Us To Run! 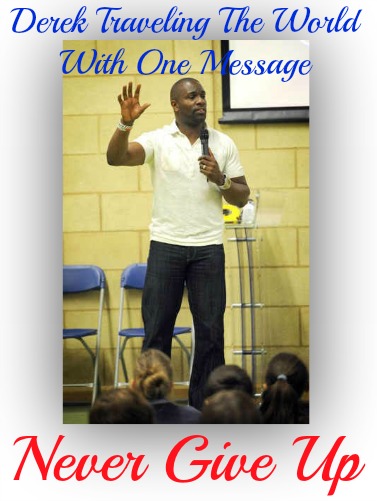 Today Derek Redmond is an Inspirational Speaker
He Travels the World With One Golden Message
One That He Lived on that Fateful day in Barcelona...
One That Every Person In Life
Who Has Ever Fallen Needs To Hear.
That Message is…
Keep Fighting For Your Dreams
Never Give Up
Finish Your Race...
No Matter What! 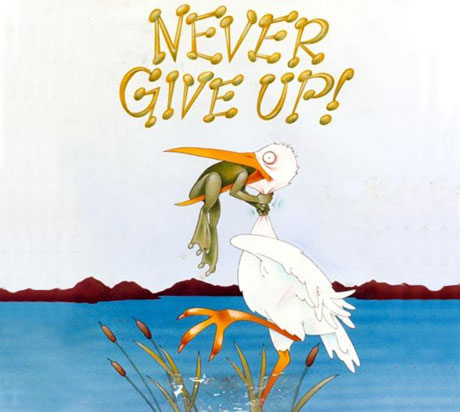 Hebrews 12
1Wherefore seeing we also are compassed about with so great a cloud of witnesses, let us lay aside every weight, and the sin which doth so easily beset us, and let us run with patience the race that is set before us,

2Looking unto Jesus the author and finisher of our faith; who for the joy that was set before him endured the cross, despising the shame, and is set down at the right hand of the throne of God.

3For consider him that endured such contradiction of sinners against himself, lest ye be wearied and faint in your minds. 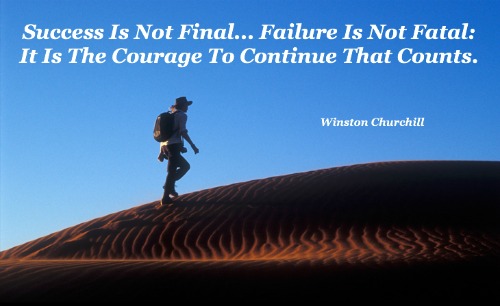 Knowing That…
If We Will Not Quit...
We Are Destined
To Be Victorious
In The End