The Introduction
Steve Harvey Introduces The King Of Kings

The Introduction Was Penned & Compiled by Peter O'Neill 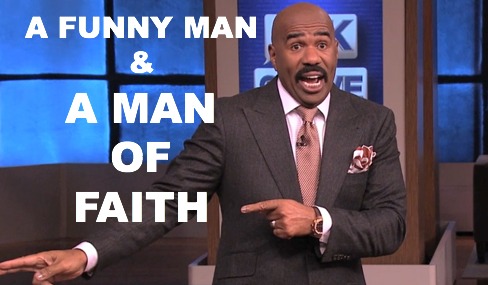 Using His Fame To Be A Witness

The Introduction Of The King Of Kings

Hard to Believe this is the Closing Segment of a Comedy Club Performance!! This short video shows Steve Harvey, a Comedian, Addressing a Secular Audience. The subject is "How Would You Introduce Jesus to a Room Full of People?" It's Hard to Imagine that this is a Comedian and not a Preacher,  and this is an Audience... and not a Congregation. It Comes at the End of his Comedy Routine, and is INSPIRED. 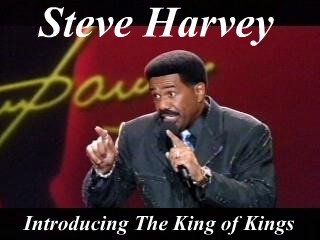 You really might think after seeing this that Steve is a preacher or leans that way, but he's not. If you look at the body of his work it is largely just secular comedy. His Introduction to Christ was an amazing thing that touched many lives and reminds you of the verse that if they had not cried out Hosanna, Hosanna... then the rocks would have done it. Somebody must have missed their cue, because God sure raised up Good Old Steve... a sincere sinner who loves the Lord... to do this wonderful presentation and witness! God Bless Him! What a beautiful thing it is to see God Working through someone like he did here!

Guess it just goes to show that God Can Use Anything, Steve the comedian… a few loaves and fishes, the jaw bone of a donkey, David’s few pebbles from a stream… Moses’ old wooden staff… anything… even you and me if we let him! What Makes The Miracle… Is God… Not The Person… Place Or Thing!

Never Doubt That He Can Do It
He Can Use Anything Or Anybody...
Even You 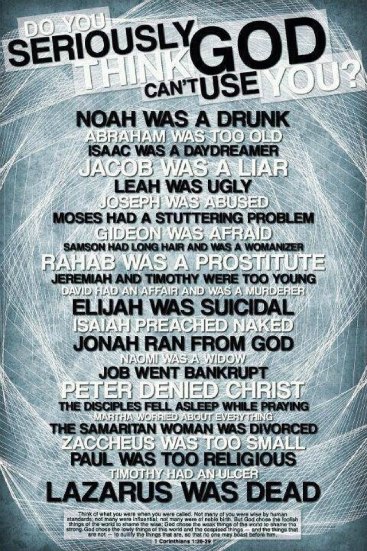 Steve Harvey Has
His Problems Too...
But On This Day And
In His Own Special Way...
This Dear Man...
Inspired By God...
Nailed It 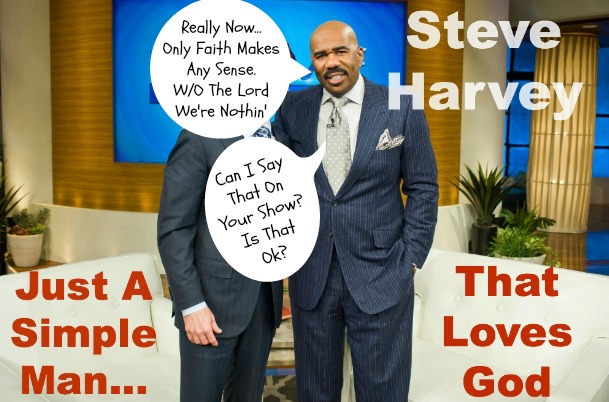 The Next Video Was Posted To Show How Bad Steve Is...
Instead We Believe It Shows Him To Be
A Very Honest Man of Sincere Conviction

The Introduction was done by Broderick Steven "Steve" Harvey (born January 17, 1957) is an American actor, comedian, entertainer, television & radio personality and best-selling author. He is best known as the star of the WB sitcom The Steve Harvey Show, and as one of the four comedians featured in the Spike Lee film The Original Kings of Comedy. Currently, he is the host of the nationally syndicated radio program The Steve Harvey Morning Show, and the current host of the television game show Family Feud. He also hosts the Steve Harvey Project, on an extended cable channel. He is the author of Act Like a Lady, Think Like a Man: What Men Really Think About Love, Relationships, Intimacy, and Commitment, which was published in March 2009, and the book Straight Talk, No Chaser: How to Find and Keep a Man.

Here's Steve With His Wife Marjorie & Their 7 Kiddos 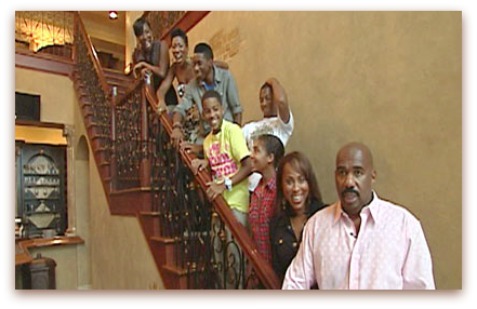